Sebastian Gorka, one of the many totally unqualified White House officials hired by Trump, is a bit upset that actual national security experts keep pointing out that he’s considered a joke among them. And like his boss, he’s threatening to sic the lawyers on him.

Just ask Michael Smith. He’s a counterterrorism expert in Charleston, S.C., who specializes in online recruiting efforts and who has advised members of Congress on terrorism-related issues.

Smith says that at about 7 p.m. Tuesday, he received a call on his smartphone from a private number in Falls Church, Va. It was Gorka — not calling from a government line at his office at the White House.

Smith, who is a Republican who voted for Trump, started recording the conversation:

Gorka: Why, why is there such vitriol pumping out of you constantly every day now? It’s so strange. I look at your Twitter feed, you know, once or twice a day and again, it’s half a dozen tweets about me and I’ve never met you.

Smith: Wow. Are you defeating jihad by monitoring or trolling my Twitter feed? I mean honestly, to begin, you’ve called …

Smith: … and begun the conversation very confrontationally by accusing me of animus toward you. Of which I’m attempting to explain, there is no animus towards you: I believe that you are a charlatan.

[At another point in the conversation, Gorka recapitulates what he said before Smith began recording the call]

Gorka: Before I do anything and show these materials to legal counsel, tell me why you’re doing it.

Like Trump, Gorka seems to think that it’s illegal to criticize him, or at least badly wishes it were. Threatening critics is a flagrant abuse of power and Gorka should be fired immediately. 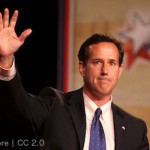