Gary Naeyaert, executive director of the Betsy Devos-created Great Lakes Education Project (GLEP), testified in front of a Michigan congressional committee that he was so upset with a female education reform official that he “wanted to shake her, like I like to shake my wife.”

“I had heard of the challenges and difficulty of doing a turnaround,” Naeyaert testified. “Like, we don’t have the qualified teachers ready to work. Second, we can’t do a charter because that would make it look like we were favoring charters over traditional schools. We can’t close them because there’s nowhere to go.”

“This is — you know, I wanted to shake her, like I like to shake my wife when — every option in front of you is, you know, not possible?” Naeyaert continued, his voice cracking with emotion. “They’re all equally unattractive to you, like when I ask her where to go to dinner, she says anywhere. I say Steak-n-Shake, and she says, ‘Not Steak-n-Shake.’”

The group Naeyaert leads, which was founded by DeVos and still largely funded by the U.S. Secretary of Education, promotes charter schools in favor of traditional public schools in Michigan. 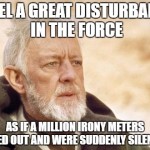