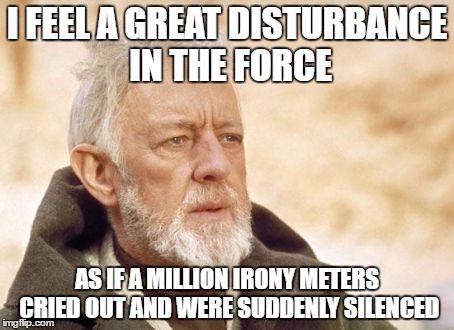 Donald Trump on Friday railed against the media’s use of anonymous sources in stories. Four days later, he was one.

In a private meeting with national news anchors ahead of his address to Congress Tuesday night, Trump went on background with reporters as a “senior administration official” to discuss issues like immigration, telling attendees that it was time for a legislative compromise from both parties.

“There’s got to be a coming together,” an “official” said, according to CNN. As BuzzFeed News reported, citing attendees at the meeting, Trump was the one to make that remark, among others attributed to the official.

Reporters were allowed to put some of Trump’s comments back on the record at 6 p.m., according to a person familiar with the terms of the meeting. CNN later updated its story, for instance, with a quote from Trump. “The time is right for an immigration bill as long as there is compromise on both sides,” he said.

So Trump is a hypocrite (duh). And those anchors are too cowardly to refuse to allow him to be. None of this is remotely surprising.

March 2, 2017
DeVos Employee Likes to 'Shake' His Wife
Next Post 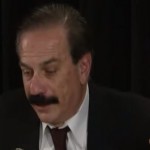 March 2, 2017 Farah Ready to Put Trump on Mt. Rushmore
Recent Comments
0 | Leave a Comment
"JALY5vN.org"
aditi New Fox Anchor a Q Anon ..."
"Your argument is "Things exist, therefore God," and you just simply believe that there has ..."
Alex Zer0 And Yet Another Stupid Atheist Meme
"Oh hell. Just now got back here. Requiescat in pace, Ed, or just feed the ..."
(((Hornèd Pontilibratificus))) Saying Goodbye for the Last Time
"So many religious comments from muslims and the atheist religion..."
Drakenfly Carson: Islam Not a Religion, but ..."
Browse Our Archives
get the latest from
Nonreligious
Sign up for our newsletter
POPULAR AT PATHEOS Nonreligious
1

Josh Duggar and His Entirely Unsurprising...
Roll to Disbelieve
Related posts from Dispatches From the Culture Wars