David Barton is on a trip to Poland and visiting concentration camps, so he took to his Facebook page to offer up a highly distorted and whitewashed version of the Holocaust, framing it as a battle between Christian beliefs and Hitler’s alleged “pagan” beliefs (whatever that’s supposed to mean).

The Germans controlled access to the Ghetto, which encompassed several square miles, by a 9-foot high wall. They confined Jews here and limited each Jew to a maximum intake of 600 calories a day — hardly enough to stay alive; in fact, some 100,000 Jews died of starvation before they could be taken to the extermination camps. The pictures below show a sign noting the wall — the boundary of the Ghetto; and the nine-foot high wall; then a map of the Ghetto region; and then Cheryl and me standing at the wall. President Franklin Delano Roosevelt, in his state of the union address after Germany declared war on the US, and US declared war on Germany, said: “The world is too small to provide adequate ‘living room’ for both Hitler and God. In proof of that, the Nazis have now announced their plan for enforcing their new German, pagan religion all over the world—a plan by which the Holy Bible and the Cross of Mercy would be displaced by Mein Kampf and the swastika and the naked sword.” American leaders very early recognized that World War II was a war between Pagan values and Biblical values. (Try finding a college professor, or an elected politician, who would say that today! There are some, but they are few and far between!) The Warsaw Ghetto and what happened there to Jews is one of the many proofs of the “pagan religion” of the Nazis.

As usual, his presentation of historical facts is highly distorted and dishonest. There’s so much he has to ignore to make this argument, including a vast number of statements by Hitler himself saying that he was fulfilling the mission of Christ by killing the Jews. Now I don’t think he actually believed that, I think he was a madman who used anything at his disposal to convince others to go along with his plans. He could cite the Christian church fathers, the quasi-scientific claims of eugenics and many other things depending on his audience.

But Barton also has to leave out the fact that one of the primary reasons why the Germans were so susceptible to those Christian arguments against the Jews is because of that nation’s most influential theologian, the founder of Protestantism Martin Luther. Luther was a virulent, violent anti-Semite who wrote a book called On the Jews and Their Lies, in which he commanded Christians to burn down the homes and synagogues of Jews and root them out from German society. Hitler planted his genocidal seed into fertile soil fertilized by perhaps Christianity’s most prominent theologian. 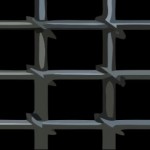 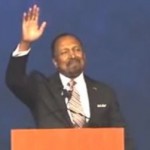