What happens when Mike Cernovich and Alex Jones come together? Exactly what you’d expect. Lots of bizarre claims tossed out without a shred of evidence, including both saying that Sasha and Malia Obama aren’t really Barack’s children. Why? Because that’s what “the word” is and what they’ve “heard.”

ALEX JONES (HOST): This is out of The Hill, Obama reportedly spending a month in French Polynesia, where there is no criminal extradition to the United States and it’s funny they just brought that to me because the word is Trump tried to get them just to back off, go into absentia like Napoleon and just stop it. But they won’t stop. They know the deep state — it came out in the news, they said they were planning to overthrow Trump. So little birdies have told me and then Trump came out on air two days ago on Fox Business and said she’s guilty, Hillary, and she should be criminally gone after. So Cernovich, just briefly, because I want to go to these calls and hear what you have to say to the callers because they have been patient, what are little birdies telling you?

MIKE CERNOVICH: I’ve heard the same thing and that’s another story that I’m — there’s a lot of stories that I’m sitting on because some of the stuff that I know, and that you know too, we get called conspiracy theorists and lied about all the time, even though our news is important, so yeah there’s a lot of really funny business going on with Obama, but if we said it right now on air we would be so attacked and it wouldn’t even be worth it. But there are some real shady things going on with Obama right now. And where’s Michelle Obama?

JONES: Think of how ballsy it was six years ago with Google and Facebook and they all went to that big hotel north of London where they had Bilderberg the next year, this was in the news later, and organized the Arab Spring and the overthrow of all these secular governments and blowing up churches and he actually — his family laundered the money in and it all came out in court. It’s like you got to actually hand it to him. He actually tried an Islamic Jihad takeover with [Angela] Merkel, opening the borders, bringing them all in. I used to hear people like [David] Horowitz say that 15 years ago, I thought he was crazy.

CERNOVICH: And he’s completely abandoned his daughter who is making her rounds through the New York party scene.

JONES: Shaking her ass on TV.

CERNOVICH: And the drugs and everything. Remember when Jenna Bush went out and drank a little bit of beer, I think actually in Austin, Texas.

JONES: It was the end of the world.

CERNOVICH: It was a big story. Obama’s basically an absentee father, abandoned — a lot of sad things going on there.

JONES: The word is those aren’t even his kids.

CERNOVICH: I’ve heard that too.

That bodes well for those “scoops” that Cernovich claims to have, and threatened to release, about the personal lives of unspecified people (Trump? Kushner? Who knows) if Steve Bannon is fired from his position at the White House. That’s exactly the kind of thing it will be, things he’s “heard” and are therefore true because it’s convenient for him if they’re true. 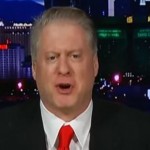 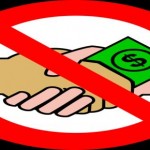 April 18, 2017 Trump Restocks the Swamp
Recent Comments
0 | Leave a Comment
Browse Our Archives
get the latest from
Nonreligious
Sign up for our newsletter
POPULAR AT PATHEOS Nonreligious
1