This is a guest post by Conor Robinson, who is passionate about improving dialogue (and the world) by increasing the effectiveness and visibility of service-oriented atheism. He is the Programs Director at Foundation Beyond Belief (FBB) and the Founding Director of FBB’s Humanist Service Corps, the only international volunteering program guided by the values of humanism. 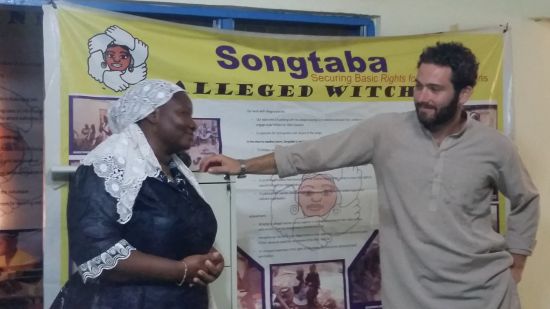 It’s time for nonbelievers to worry less about the perception that we don’t volunteer and more about the fact that most volunteerism is self-serving.

Nonbelievers are keenly aware of the history of oppression in the name of service and, indeed, of continued oppression masquerading as service. We know that volunteering is not a yes/no binary. Some volunteering directly causes harm. Other volunteering is a waste of resources that could have been put to better use. This waste is itself a form of harm.

Much of the world believes that nonbelievers are selfish — that there are no atheists in foxholes, on disaster recovery teams, or out helping the homeless. Fighting for data-driven, responsible, and sustainable service is our best argument against such prejudice. It is a powerful expression of secular humanist values, and a cause worthy of all nonbelievers.

That’s exactly why I organized Pathfinders Project, a humanist service trip that contributed more than 6,000 hours of service in support of clean water, education, human rights, and environmental conservation organizations around the globe. And that’s why I wanted to work with Foundation Beyond Belief to launch the Humanist Service Corps (HSC), the first international volunteering program for nonbelievers. Foundation Beyond Belief is now preparing to send its third team of HSC volunteers to support Ghanaian women’s rights organizations fighting against witch-hunting and other forms of gender-based violence in Ghana’s Northern Region.

One question I am always asked about humanist service work is whether atheist volunteers face hostility in highly religious countries. In my experience, the reception has been universally positive. That’s because our partners never had an understanding of who atheists were until they comprehended who we were as expressed through our careful collaboration with them. The atheists they were taught to hate were not real people. They were straw men.

At the conclusion of our work in several Pathfinders Project locations, it was apparent that our partners expected us to sit them down and explain our beliefs. Based on previous projects with other service organizations, they assumed that proselytism was simply part of the bargain. They were all tickled when they realized we didn’t have any agenda aside from just hanging out. It didn’t matter that these partners were almost always devout themselves – they appreciated that our support came with no strings or ulterior motives attached.

Then, of course, the questions would come. We thought all Americans were Christians. What are you? What do you believe in? In every location I have volunteered throughout the U.S., Latin America, Asia, and Africa, I have been asked about my beliefs. My answer is now very simple. I don’t say like I used to that,  “I believe we can only make the world better for all humans if all humans work together.” That answer is true, but it’s incomplete and ineffective. People may understand the words in that answer, but they don’t get it. They don’t connect to it.

During the launch year for the Humanist Service Corps, a Ghanaian colleague with whom I’d already discussed humanism asked me again what I believed in. On a whim, I simply said, “This.” Somehow, miraculously, he knew what I meant. Whereas my talk about humans helping humans didn’t resonate with him, HSC’s presence in Ghana’s Northern Region was something he could grasp immediately. The way I had built a relationship with him and my reasons for doing it communicated everything he wanted to know about me.

“This” meant coming to Ghana not as a missionary or a white savior. I didn’t learn the language in order to force my ideas onto the people there, I learned the language so that I could form meaningful relationships with the locals and learn their ideas. I didn’t come with the intention to solve anyone’s problems for them. I came with the belief that if I took the time to soak up all I could about the history, politics, and culture of the region, I might be able to support the locally-led efforts. If not, then at least my desire to learn from the locals would itself be empowering. So many service efforts reinforce the harmful notion that those with resources are better than those without. Such service is not empowering, and service must be empowering if it is to be sustainable. If it is to be responsible. If it is to do good without causing harm.

“So what?” you may be thinking. “Even if I agree that careful volunteering is an excellent way to express my values, I can’t go gallivanting across the globe just to communicate my values through service.”

You don’t have to. A teacher who serves as the advisor of the robotics club and organizes the county science fair on their own limited time because of that feeling they get when they see the joy of discovery on kids’ faces, that teacher can say “this” just as I did in Ghana. We all live out our values, and if people have to ask why we are good people or what we believe, it’s because they don’t know us. Our best response is to build a relationship and give them a frame of reference. If they choose not to take advantage of the opportunity, that’s on them. That’s about their unwillingness or unreadiness to examine their prejudices. It isn’t about us.

Every nonbeliever’s service to humanity takes on a different form. That’s part of what can be so scary and so freeing about nonbelief. We are all responsible for making our own meaning, for identifying the way we wish to have an impact on the world. The truth is, we don’t get a whole lot of guidance on that. It’s not just believers who suffer for the lack of positive representation of nonbelievers. The monolithic representation of angry atheists isn’t just damaging in the sense that it reinforces religious arguments about nonbelievers, it’s also harmful in that it shapes our very self-perception.

That’s why the Humanist Service Corps is important for all people regardless of whether they volunteer internationally. The Humanist Service Corps is a symbol. It is a highly visible representation not just of service-oriented atheism, but of the importance of secular values in service. HSC’s Principles of Service are applicable to all types of volunteering. HSC’s concerns can guide nonbelievers (and believers) in every kind of work.

Someday not too far from now, the misconception that nonbelievers are too selfish to volunteer will be replaced with the knowledge that it was nonbelievers who fought hardest against selfish volunteering. The Humanist Service Corps is every nonbeliever’s ally in this fight, and is in fact leading the charge. But we can’t set the standard for culturally-responsible volunteering without your support.

Help Foundation Beyond Belief communicate secular values by following the Humanist Service Corps on Facebook and making a donation.

May 5, 2017
TN Scientology Facilities Closed for False Imprisonment
Next Post

May 6, 2017 FFRF Files Suit Over Trump's 'Religious Freedom' Executive Order
Recent Comments
0 | Leave a Comment
Browse Our Archives
get the latest from
Nonreligious
Sign up for our newsletter
POPULAR AT PATHEOS Nonreligious
1