Are There More Atheists Than People Think in America?

Are There More Atheists Than People Think in America? May 22, 2017 Ed Brayton

Five Thirty Eight has an article that looks at a recent study that found that roughly one quarter of Americans don’t actually believe in God, a higher estimate than most other surveys have found. But the study was done in a novel way:

The number of atheists in the U.S. is still a matter of considerable debate. Recent surveys have found that only about one in 10 Americans report that they do not believe in God, and only about 3 percent identify as atheist. But a new study suggests that the true number of atheists could be much larger, perhaps even 10 times larger than previously estimated.

The authors of the study, published earlier this year, adopted a novel way to measure atheist identity. Instead of asking about belief in God directly, they provided a list of seemingly innocuous statements and then asked: “How many of these statements are true of you?” Respondents in a control group were given a list of nine statements, such as “I own a dog” and “I am a vegetarian.” The test group received all the same statements plus one that read, “I do not believe in God.” The totals from the test group were then compared to those from the control group, allowing researchers to estimate the number of people who identify as atheists without requiring any of the respondents to directly state that they don’t believe in God. The study concludes that roughly one-quarter (26 percent) of Americans likely do not believe in God.

The word “atheist” does seem to be key to getting an accurate answer to this question. For some reason, most Americans find that word to be very negative and are hesitant to apply it to themselves even if they don’t believe in God. So asking if they believe in God is almost always going to get a higher estimate than asking if someone is an atheist. It makes no sense, I know, but that doesn’t really matter. It’s just the reality of how people perceive that label. This is also partly because others view it so negatively and people are afraid of losing relationships with family and friends.

I actually know someone whose mother called them when they said they were an atheist on Facebook, in shock. They said, “Mom, you knew I didn’t believe in God, I told you that a long time ago.” And their mom said, “Yeah, I knew you didn’t believe in God, but I didn’t know you were an atheist!” That’s what people are up against, so it’s understandable that people tend to shy away from the label.

Then there are what I have sometimes called functional atheists (I didn’t come up with this term, but I forget where I heard it. Dawkins, perhaps?). These are people who may well go to church and go through the motions, but their religion doesn’t really influence them in any real way. It’s a status symbol, a way of identifying as a good person, and a central part of their community. But they give no thought at all to the actual ideas promoted by their religion and it has little or no effect on their behavior.

May 21, 2017
Seriously, Stop Quoting Mensch and Taylor
Next Post

May 22, 2017 Oh, Trump Made His BFF Really Mad
Recent Comments
0 | Leave a Comment
Browse Our Archives
get the latest from
Nonreligious
Sign up for our newsletter
POPULAR AT PATHEOS Nonreligious
1 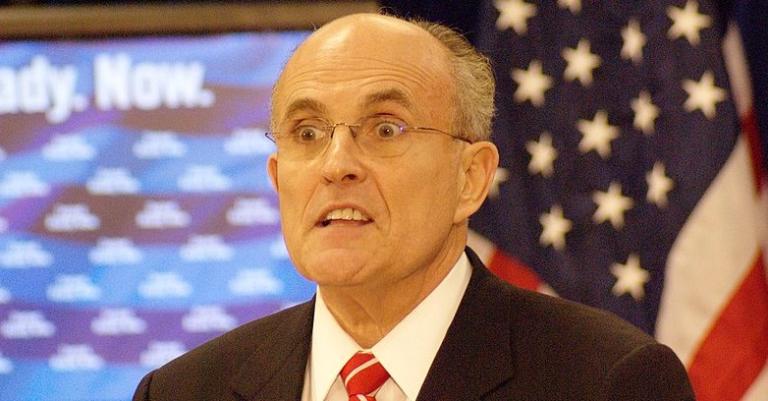 Nonreligious
Giuliani Hangs Out with Russian Agent at Hangout...
Dispatches From the Culture Wars
TRENDING AT PATHEOS Nonreligious