Barton and Dreisbach Lie About Religion and the Founding Fathers

David Barton, who is now billing himself as “America’s premiere historian” on his radio show, had American University professor Daniel Dreisbach on the show and together they told some bigly whoppers about the non-existent Christian origins of the Constitution. Barton starts with this familiar lie:

cited source in the writings of the Founding Era was the Bible. Thirty-four percent of all direct quotes came out of the Bible. That was in political writings, literary writings, that’s just what was there.

That would be the infamous Lutz study, about which he has been lying for decades. I’ve documented those lies again and again, as have many others. Later he welcomes Dreisbach on the show and they shoveled out more manure for the ignorant masses who listen to the show:

And you mentioned that earlier even the idea of a republic or a representative government, where did they draw from in the Bible on those types of things?

Well, this is interesting. So one thing we can say about the Founding generation is that they were all Republicans. They wanted to create a political system that was Republican in nature.

Now, Republicanism always meant two things to the Founders. It meant government by consent of the governed and it meant representative government. They drew on diverse traditions including the ancients, the Romans for example.

The one example that I think they come back to time and time again is the example of the Hebrew Republic. What they read about in the Books of Moses. You remember the children of Israel crossed over the Red Sea and all the responsibilities of government fall on the shoulders of Moses. And his father in law Jethro comes to him and says, “Moses you’re going to need some help in governing this tribe, these children of Israel.” And so Moses with divine providence begins to flesh out a form of government.

Now, Americans in the 18th Century read about this government in the books of Moses and in the books of Judges and Joshua and they see in that a model of Republican government. And they want to emulate that in their own system.

Oh for crying out loud. All of this is found in Exodus 18 and there is nothing remotely like a republican form of government in there. Jethro tells Moses, who was functioning as a theocratic dictator for the Israelites, that he would exhaust himself if he sat in judgment on every dispute the people brought before him, so he urged him to appoint others to handle the small cases and he would only have to handle the big ones.

17 Moses’ father-in-law replied, “What you are doing is not good. 18 You and these people who come to you will only wear yourselves out. The work is too heavy for you; you cannot handle it alone. 19 Listen now to me and I will give you some advice, and may God be with you. You must be the people’s representative before God and bring their disputes to him. 20 Teach them his decrees and instructions, and show them the way they are to live and how they are to behave. 21 But select capable men from all the people—men who fear God, trustworthy men who hate dishonest gain—and appoint them as officials over thousands, hundreds, fifties and tens. 22 Have them serve as judges for the people at all times, but have them bring every difficult case to you; the simple cases they can decide themselves. That will make your load lighter, because they will share it with you. 23 If you do this and God so commands, you will be able to stand the strain, and all these people will go home satisfied.”

24 Moses listened to his father-in-law and did everything he said. 25 He chose capable men from all Israel and made them leaders of the people, officials over thousands, hundreds, fifties and tens. 26 They served as judges for the people at all times. The difficult cases they brought to Moses, but the simple ones they decided themselves.

Not a single word about this government being representative; in fact, all of the judges are appointed by Moses personally, not chosen by the people. Not a single mention of the consent of the governed. Nor do they even attempt to present any evidence that even a single one of the founders ever pointed to this book of the Bible as the source of their ideas about government. So it’s a multi-layered lie. 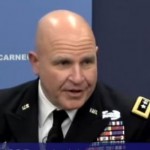 May 29, 2017
Now is Not the Time for Pliant, Dutiful Soldiers
Next Post 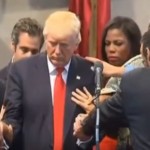 May 30, 2017 'Prophet': God Will Protect Trump
Recent Comments
0 | Leave a Comment
"Today DC wages an all out economic war against China not because China plans to ..."
Michael Adams: Confederate Monuments Remind Us Why ..."
"He's an adult. In fact he appears to be in my age bracket: ~60 years ..."
Kurtis Rader Indiana City Councilman Goes on Bizarre ..."
"As a Sri Lankan American the history of America is not great at all especially ..."
Michael Adams: Confederate Monuments Remind Us Why ..."
"Wallnau must have been reading my YouTube comments about building a guillotine in my backyard. ..."
digital bookworm Wallnau: Left is Bringing out the ..."
Browse Our Archives
Follow Us!