Rick Wiles, who sees everything as a sign that the government is going to throw Christians into concentration camps and destroy their religious liberty, is all for doing exactly that with Jehovah’s Witnesses. He’s glad Russia banned them and wants to do the same here. 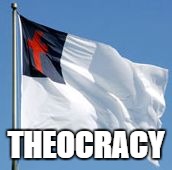 After asserting that he feels “more threatened and afraid of the CIA” than of the Russians, Wiles again insisted that “Luciferian, devil worshiping” forces within the “deep state” are working to foment a war in order to punish Russia “for breaking free of that communist tyranny that that satanic group had put on Russia.”

Wiles was also outraged that some Christians are “condemning Russia for being an anti-Christian nation that persecuted Christians” simply because it had banned the Jehovah’s Witnesses and seized the group’s churches.

June 24, 2017
Rohrer: Criticism of Trump Brings On the Antichrist
Next Post