Bishop Thomas Paprocki of the Catholic Diocese of Springfield, Illinois has issued a decree forbidding priests from giving the last rites to gay couples and should even deny communion or confirmation to the children of such couples. Praise the lord and pass the bigotry.

Bishop Thomas Paprocki of Springfield, Illinois, has just issued a harsh decree about how he wants priests in his diocese outside of Chicago to treat same-sex couples both in life and in death. His decree came on the eve of Chicago’s Pride week, which he quite clearly does not like…

He also calls for those in same-sex relationships not to “present themselves for Holy Communion” and instead advises pastors who are aware of “such situations” to call the couple in for “conversion.”
And it gets worse.

Popricki calls for priests in his diocese to “deprive” those living openly in same-sex marriage of ecclesiastical funeral rites, which include burial and last rites, “unless they have given some signs of repentance before their death.”

Catholic priests perform last rites on dying Catholics to prepare their souls for ascension to heaven by absolving them of the sins for which they are repentant, according to the Catholic Catechism. But if dying Catholics do not feel repentant for their perceived sins, they cannot be absolved. Under Paprocki’s rules, an openly gay person would have to denounce their sexuality and ask God’s forgiveness for living as a gay person before being allowed those last rites.

Likewise, a child living in a family with same-sex parents “may be baptized if there is a well-founded hope that he or she will be brought up in the Catholic faith,” which is assumed to mean not accepting the same-sex unions that their parents have. “The pastor should use due discretion in determining the appropriateness of the public celebration of the baptism.”

Paprocki is known to be one of the most right-wing bishops in the church, the type that Pope Francis has increasingly isolated and removed from positions of power within the church. But he has given local bishops fairly wide latitude to set rules within their own dioceses. Funny, though, I don’t recall any such demands of anyone else engaging in what the church calls sin. They don’t deny communion or the last rites to liars, adulterers or those who work on the sabbath. But nah, it isn’t bigotry or anything. Couldn’t be. 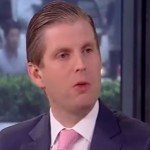 Nonreligious
Shoebats: Steven Miller is a White Supremacist Because...
Dispatches From the Culture Wars