Trump’s Ego is Never, Ever Satisfied

Next to his dishonesty, the most obvious trait that jumps out from observing Donald Trump, the one he wears so publicly that it might as well be on a sandwich board over his shoulders, is his crying need for constant praise and validation, for ego stroking. Thus his anger that someone else gets any credit for his election win. 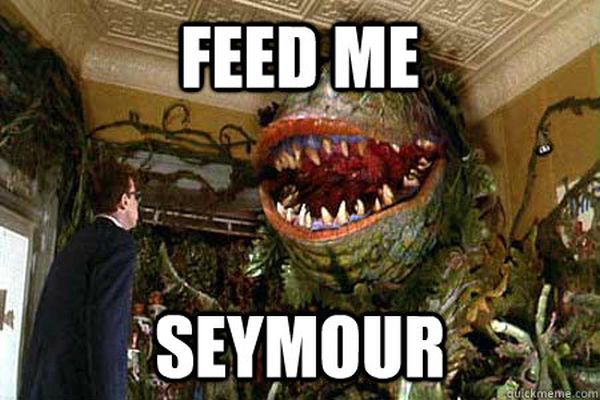 Bloomberg writer Joshua Green’s new book “Devil’s Bargain: Steve Bannon, Donald Trump, and the Storming of the Presidency” is a recount of how Trump won the presidency due to his embrace of Bannon’s nationalism.

A source who spoke with the president recently told TheDC that Trump complained about the new book as well as the cover of a November copy of Forbes that claimed Jared Kushner was the campaign’s mastermind. “I hate it when people take credit for an election I won,” Trump said, according to the source.

This is hardly the first time for this kind of thing. He has fumed in the past about Bannon being called a “shadow president” and was reportedly furious about the SNL sketch showing Bannon sitting at the big desk while he sat at a smaller desk playing with toys. Anyone in his orbit who gets praise that he thinks he deserves — and he thinks he deserves all of it — is an inevitable target of his ire.

Trump’s ego is an insatiable beast, like the flower in Little Shop of Horrors constantly yelling “Feed me, Donald!”

August 8, 2017 Reality 1, Trump 0
Recent Comments
0 | Leave a Comment
"If getting herpes cure was that easy then why do people still suffer from herpes? ..."
Lussie Kanye Psychics Will ‘Cure’ Cancer — For ..."
"As I've said many times, the polls are wrong: https://www.msnbc.com/morni...Besides, one thing that's certain is ..."
S. Arch Supreme Court Justice Jay Sekulow?
"Aged well."
Wade Spencer Conspiracy Theories Never Die: RBG Edition
"This week, with the Times stories about Trump's taxes, the debate shitstorm, and then Trump's ..."
Close Enough Saying Goodbye for the Last Time
Browse Our Archives
get the latest from
Nonreligious
Sign up for our newsletter
POPULAR AT PATHEOS Nonreligious
1