Christian fascist Theodore Shoebat is beside himself with joy over reports that the Muslims government of Chechnya has slaughtered thousands and thousands of gay people and locked others up in concentration camps. In fact, he says that “counterjihad” is all part of the gay agenda.

The government of Chechnya has reportedly arrested and executed 27 homosexuals, as we read in one report…

I don’t know how accurate this report on Chechnya killing sodomites is, but if its true, all I can say is God bless Chechnya for this. The nations, regardless of religion, have a right to protect their societies from the inundation of this perversity and degeneracy. Truth is universal, and moral law, no matter must be enacted by all peoples.

Every nation has the right to defend itself from invasion, and therefore, every nation has the right to protect the moral health of its society. The counterjihad movement will read this story and scream, OH MY GOODNESS LOOK AT HOW EVIL THESE MUSLIMS ARE, WE MUST FIGHT THE MUSLIMS TO PROTECT THE GAYS. But why must we attack the Muslims if they are doing something good?

If all the Muslims did was kill sodomites, I would not have a problem with them, other than that they are heretics.

The counterjihad is but another vehicle, funded by very wealthy elites, to push for homosexuality and eugenics.

At last, we see an admission that the goals of Muslim terrorists and the goals of Christian terrorists are the same, and aimed at the same people. Shoebat has called directly for the “slaughter” of gay people, and of virtually everyone else who disagrees with his twisted, barbaric version of Christianity, including other Christians. He is a barbarian and a fascist, just like the jihadis. If there is a hell, it’s people like them that deserve to be there. 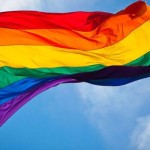 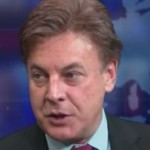 August 21, 2017 Wallnau: God Dropped Stock Prices to Punish CEOs Who Criticized Trump
Recent Comments
0 | Leave a Comment
"OnlySky is now live: https://onlysky.media/I am adding Ed to my OnlySky authors shortcuts folder so ..."
Thomas Fitzpatrick Saying Goodbye for the Last Time
"Hi ,for anyone wanting to follow the friendly atheist on Onlysky, it will go live ..."
david coxill Saying Goodbye for the Last Time
"Oh yes.. The privilege of being called names by people who have zero understanding what ..."
Standingbear Gallups: Satan Has Convinced Christians They ..."
"I wouldn't mind idiots saying "Black Lives Matter" IF They Meant it.Clearly that is not ..."
Standingbear Gallups: Satan Has Convinced Christians They ..."
Browse Our Archives
get the latest from
Nonreligious
Sign up for our newsletter
POPULAR AT PATHEOS Nonreligious
1