Hey there, folks who have attended or want to attend the Burning Man festival. Did you know that the real goal of that event is to bring back human sacrifice? I bet you didn’t. Lucky for you, demented Christian fascist and fabulist Kevin Swanson is here to set you straight.

Swanson said that Burning Man is all about “radical inclusion,” which he insisted is just another name for “radical polytheism [and] radical human sacrifice. This is what they’re headed for. They want to bring human sacrifice back.”

This notion that the Old Testament outlawed human sacrifice is, of course, nonsense. What was the mass genocide against the Midians if not just a really big example of human sacrifice? They even killed pregnant women and those precious fetuses, at the direct command of God (allegedly). It’s killing in the name of God, in order to satiate his divine anger. As for Burning Man…I want whatever he’s smoking.

And remember: Major Republican presidential candidates are willing to associate with this guy. 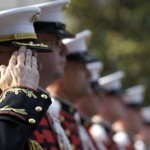 August 23, 2017 Breaking Down Trump's Afghanistan Speech
Recent Comments
0 | Leave a Comment
"The Qur'an demands nothing of the sort, which you would know if you had any ..."
Wulf Nesthead Disagreeing with Seth Andrews: Islamophobia is ..."
"Health insurance is really vital."
Dr. Robert Boehland Study: 45,000 Deaths Per Year Due ..."
"If you are fond of programming, then I would like to advise you an excellent ..."
Alex Clark A Modern Day Plato?
"March Madness again....and missing Ed's basketball love and wisdom...... :-("
ChzBoi Saying Goodbye for the Last Time
Browse Our Archives
Related posts from Dispatches From the Culture Wars