On a recent podcast, Sam Harris attacked Black Lives Matter and made the argument that BLM is “dangerous and divisive and retrograde” because “all identity politics is detestable.” He’s wrong. In fact, he’s more than wrong. He’s wrong to the point of being profoundly asinine.

I am not going to accuse Harris of being a white supremacist, as many have done. I’m going to take his argument at face value and presume, for the sake of argument, that he means well by it. But he’s still utterly, flagrantly, dangerously wrong. A quote from that podcast:

“My tweet was actually fairly carefully written. I mean, it starts with ‘In 2017 all identity politics is detestable.’ And of course I’m thinking about the West, and I’m thinking primarily about America, I was commenting on Charlottesville. And I believe this, you know, I think Black Lives Matter is a dangerous and divisive and retrograde movement, and it is a dishonest movement. I mean, that’s not to say that everyone associated with it is dishonest, but I find very little to recommend in what I’ve seen from Black Lives Matter. I think it is the wrong move for African Americans to be organizing around the variable of race now. It’s *obviously* the wrong move, it’s *obviously* destructive to civil society.”

First of all, the phrase “identity politics” is one of those political catchphrases that is frequently invoked and almost never defined. What does it mean to engage in identity politics? And what would the alternative be, exactly? He doesn’t say, nor does virtually anyone else. In this respect, it’s a lot like “political correctness” or “judicial activism” — it’s just a placeholder for “everything I don’t like.” But it is hardly a credit to one’s ability to think rationally to dismiss things based on such an amorphous label.

Second, why is “divisive” a bad thing? Can you name a single example of progress in our society or any other that was not “divisive”? The push to end slavery was divisive, so much so that it sparked a civil war in which hundreds of thousands died; does that mean we should not have pushed to end slavery? The fight for women’s suffrage was divisive. The fight to end segregation was divisive. The fight for LGBT equality is divisive. Every single movement that resulted in a more fair, just and equal society was divisive. So why do people make such an accusation, as if it was somehow a strike against movements for social progress rather than a point in their favor? This is just lazy, sloppy thinking, and once again the use of buzzwords in place of serious argument.

He doesn’t explain why he thinks BLM is dangerous or retrograde. Has he given any thought at all to what BLM is actually advocating, both for and against? What they are fighting against is a manifestly racist criminal justice system. Does Harris doubt that our criminal justice system operates with a great deal of racism built into it? If so, the best that could be said is that he is abysmally ignorant of the evidence. I did a whole series of essays on this a few years ago (Part 1, Part 2, Part 3, Part 4, plus here and many more). The data is so crystal clear as to be undeniable. The system is racist at every level, and it doesn’t even require that police officers or prosecutors be any more racist than the average person.

I’d love to hear Harris explain why any of those proposed reforms are ‘”dangerous” or “retrograde.” All are good ideas, and they barely scratch the surface. This just deals with the use of deadly force. On top of that, we need to undertake many other reforms, including ending the war on drugs; eliminating mandatory minimum sentencing and “three strikes” policies; getting rid of forensic “science” that isn’t supported by real studies that show the accuracy of those techniques; eliminating prosecutorial and police immunity; doing away with civil asset forfeiture without a conviction; not allowing officers to lie during interrogations; blind identification of suspects by eyewitnesses; and a hundred more things.

You know what is really dangerous and retrograde? Keeping the status quo in place. Millions of lives have been ruined by an oppressive criminal justice system, most of them minorities and the underprivileged. And here’s a kicker: All of those reforms would help white people who are accused of a crime too. Blacks and Latinos may be the primary victims of the system, but they aren’t the only ones. Even if white people don’t care about the devastation of the lives of minorities, out of self-interest they should support what BLM is doing. The only ones who could possibly maintain that the system we have now is working well are the willfully ignorant or the profoundly racist.

Now, on to this notion that “in 2017, all identity politics is detestable.” But why is this true in 2017 and not previously? Would he tell Martin Luther King that it was “the wrong move for African Americans to be organizing around the variable of race”? If not, what has changed? When a group of people is targeted for discrimination on the basis of their race, why should they not organize around that identity to protect themselves and one another? Indeed, what on earth is the alternative?

Is it wrong for the National Organization for Women to “organize around the variable of their gender”? Or for LGBT groups to do so? For that matter, does Harris think that American Atheists should disband rather than be “dangerous” and “divisive” by engaging in “identity politics”? If not, why not? What’s the difference? Why would it only be “retrograde” to organize around racial identity rather than gender, sexual orientation or religious belief or non-belief?

No, this is all folly. Let me make this clear: If a group is being attacked, denigrated, discriminated against or targeted because of their identity, be it racial, religious, gender, sexual orientation, or whatever, they are not the ones engaging in identity politics. Those who are targeting them because of their identity are doing so and they not only should, they must organize together under the umbrella of the identity being attacked in order to push back against the forces of reaction and defend their rights, their equality, and in many cases their very humanity.

Sam Harris isn’t just wrong here. He is, ironically, dangerously wrong and his position would guarantee that those who engage in retrograde action would win the battle. And I don’t want to get into a No True Scotsman argument here, but I fully agree with Anthony Pinn when he says, “From my vantage point to do humanism, to be a humanist, is to have a predisposition to conduct work to decrease racial bias and its consequences.” If you’re against that, if you think pushing for reform to lessen racial bias in our criminal justice system is dangerous and retrograde, I will not, cannot, consider you a humanist at all. 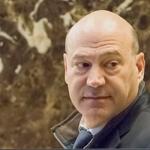 August 28, 2017 Joyner: Media 'Terrorists' Will Be Punished
Recent Comments
0 | Leave a Comment
"Donald Rumsfeld is gone. I wish you were here to weigh in on that, Ed. ..."
Silverwynde Saying Goodbye for the Last Time
"Death is nothing to fear although the process can be very scary. Sleep well."
MacNutz2 . Saying Goodbye for the Last Time
"shows your ignorance. Hanks WAS a major Satanic pedophile leader, he WAS one of the ..."
DJTNo1Fan Crokin: Tom Hanks to Be Arrested ..."
"you are correct! All these people are really ignorant or stupid."
DJTNo1Fan Crokin: Tom Hanks to Be Arrested ..."
Browse Our Archives
get the latest from
Nonreligious
Sign up for our newsletter
POPULAR AT PATHEOS Nonreligious
1