Swanson: If We Reversed Roe and Obergefell, Irma Would Have Fizzled

Christian fascist Kevin Swanson said last week before Hurricane Irma hit that if the Supreme Court had met that very day and reversed Roe and Obergefell — something they could not do, by the way — God would have called off the storm, which was his punishment for gays having abortions. Or something.

“The wrath of God against this nation is intense,” Swanson continued. “I wish that American leaders would sit up and pay attention … The Supreme Court of the United States needs to reverse Roe v. Wade and Obergefell now, this afternoon, before Irma does her damage. It would be a good thing if the Supreme Court of the United States understood that God is in control of these things and God is a personality and God is offended by the sins of this nation.”

So what about Barbuda? What did the people of that tiny island do to be wiped out almost completely? Surely an omnipotent God could have aimed a far more strategic strike than this? Why didn’t he just destroy the justices who voted for those rulings? Why destroy the lives of millions of others just to get their attention?

And of course, since it’s impossible to live a life beholden to all the contradictory commands in the Bible, one can always find a country violating them in some manner and thus always have a handy ad hoc rationalization to use for any disaster. Only the immensely foolish take such rot seriously.

And by the way, what Swanson wanted was impossible. The Supreme Court isn’t even in session right now, and even if they were they can’t just decide one day to reverse a previous ruling without having an actual case in front of them that involves that ruling. 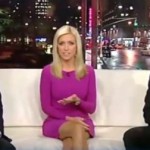 September 11, 2017 Trump Using Hurricane to Push Tax Cuts
Recent Comments
0 | Leave a Comment
"The Qur'an demands nothing of the sort, which you would know if you had any ..."
Wulf Nesthead Disagreeing with Seth Andrews: Islamophobia is ..."
"Health insurance is really vital."
Dr. Robert Boehland Study: 45,000 Deaths Per Year Due ..."
"If you are fond of programming, then I would like to advise you an excellent ..."
Alex Clark A Modern Day Plato?
"March Madness again....and missing Ed's basketball love and wisdom...... :-("
ChzBoi Saying Goodbye for the Last Time
Browse Our Archives
Related posts from Dispatches From the Culture Wars

Nonreligious
Originalism vs Originalism: Gorsuch and Thomas
Dispatches From the Culture Wars