It’s been one year since professional liar David Barton claimed to have an earned PhD, then pulled down the video where he made that claim after it was pointed out that his degree is from a diploma mill that awards them to Christian right stars and requires no work at all. Since then, he just doesn’t talk about it and refuses to answer questions about it or admit he doesn’t. “America’s premiere historian” can’t even keep his own history straight. Because lying is what he does. 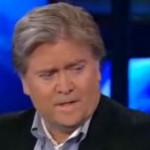 September 12, 2017 Alex Jones Isn't Even Trying to Be Coherent
Recent Comments
0 | Leave a Comment
Browse Our Archives
get the latest from
Nonreligious
Sign up for our newsletter
Related posts from Dispatches From the Culture Wars