Police officers at Georgia Tech shot and killed an LGBT activist last week and Christian fascist Theodore Shoebat is just giddy over it. Even if they aren’t a threat to anyone, Shoebat says the police were “absolutely right for this officer to kill this freak.”

Shoebat said “it really doesn’t matter” whether Schultz possessed a weapon or represented a threat to the police before being killed “because this sodomite should have been shot anyway.”

“Him being a sodomite … his perversion was dangerous enough and it was justification enough to kill this freak,” he said. “He was already a danger to society because of his perversity and so I think it was absolutely right for this officer to kill this freak. And I hope that more and more officers are given the opportunity to kill these freaks. That’s what I will say. This is what needs to be happening anyway. There needs to be a law that says that homosexuality is a danger to society and therefore those who push homosexuality and those who participate in this perversity are indeed worthy of death.”

The world would be a far better place if the police gunned down fascist cretins like Shoebat. He adds nothing to society but hatred and bigotry. 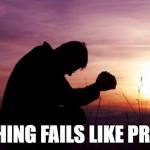 September 22, 2017 Moore Lies About Wanting to Kill Gay People
Recent Comments
0 | Leave a Comment
Browse Our Archives
get the latest from
Nonreligious
Sign up for our newsletter
POPULAR AT PATHEOS Nonreligious
1