As of 9:30 on Tuesday night, as I’m writing this, Roy Moore is winning easily over Luther Strange in the Republican primary to replace Jeff Sessions in the Senate. That means he almost certainly will be the next senator from that state and, as far as I know, the first openly Christian Reconstructionist senator in recent memory.

Christian Reconstructionism is the far-right Christian fringe of the far-right Christian fringe, Calvinists who believe that Jesus isn’t coming back until they take over the world and impose a Biblical state, complete with the entirety of the Old Testament Mosaic law. That means stoning gay people, women who aren’t virgins on their wedding day and many others. It also means no religious freedom for anyone other than Christians. Moore has made quite clear that he believes the Bible to be the real law:

When Moore came on my radio program again in 2011, I asked him, “Are laws themselves superseded by God?”

“I think you’re correct in saying that,” he answered. “This is a Christian nation by the fact that 90% of the churches in America are Christian churches and it’s certainly founded upon Christian principles. The supreme law of the land is the Constitution of the United States which recognizes many of those principles. Our freedom to believe what we want comes from God. When it comes from God, no man or no court, can take it away. That’s a God-given right under the Declaration of Independence, which is law itself.”

So his spin on the argument is not that the Bible supercedes the Constitution, but that it undergirds is, that the Constitution includes the Bible and that anything that is contrary to the Bible therefore can’t be constitutional. I’ve quoted at length his ruling from 2002 in which he quoted the Bible repeatedly to justify throwing gay people in prison or putting them to death. That’s how radical this guy is. As bad as Jeff Sessions was, Moore is a thousand times worse. That hardly seems possible, but it’s true.

Roy Moore is the American Taliban. 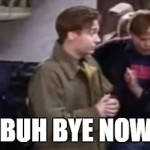 September 27, 2017 Bannon: Thank God Trump is President
Recent Comments
0 | Leave a Comment
Browse Our Archives
get the latest from
Dispatches From the Culture Wars
Sign up for our newsletter
POPULAR AT PATHEOS Nonreligious
1