Trump Tries to Disappear His Support for Luther Strange

ProPublica tracks Donald Trump’s twitter account and pays particular attention if he deletes anything. And since Luther Strange lost the Republican primary race to Roy Moore in Alabama on Tuesday, he’s gone on a spree to delete his tweets endorsing Strange. 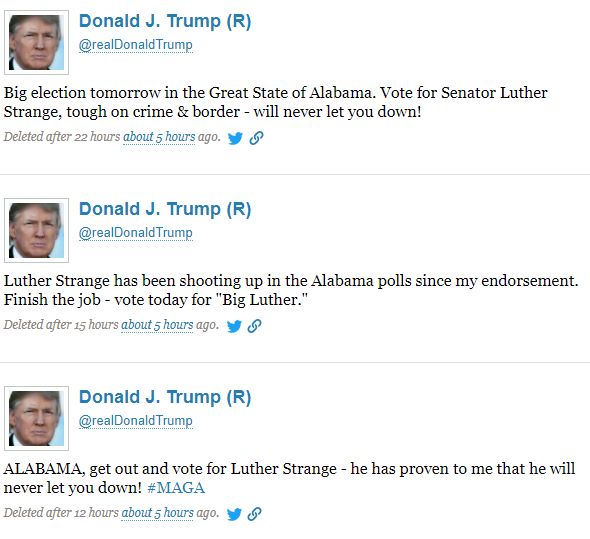 Now he’s all-in for Moore, a Christian theocrat who thinks the First Amendment applies only to Christians and that gay people should be thrown in prison or put to death. Because that’s today’s Republican party. You can’t be too extreme anymore. The fringe is now the mainstream.

September 28, 2017
What Roy Moore and Donald Trump Have in Common
Next Post