To call Bryan Fischer’s understanding of constitutional law incoherent would be the understatement of the decade. He takes completely contradictory positions on the First Amendment and has no idea what “legislative power” is or what jurisdiction the courts have. Case in point in a column endorsing Christian fascist Roy Moore over Luther Strange:

The Constitution Strange took an oath to uphold says unambiguously in Article I that “all legislative power shall be vested in Congress.”

How much legislative power does that leave to the Supreme Court?

The Supreme Court has no authority whatsoever to make law.

Their rulings are binding on the plaintiffs and defendants before them, as is the case in every courtroom in America.

But their rulings have no binding power beyond the parties who appear before them.

This is completely, undeniably, incontrovertibly false. Fisher fancies himself an originalist, though I doubt he has any idea what that actually means. So what did the founding fathers mean when they said “judicial power”? They meant the power to overturn laws passed by Congress, not just to say they don’t apply to the particular people before them in a case. We know this because they said so in the Federalist Papers, which were written to explain the meaning of the Constitution during the ratification debates. In Federalist 78, Hamilton makes this quite clear:

The complete independence of the courts of justice is peculiarly essential in a limited Constitution. By a limited Constitution, I understand one which contains certain specified exceptions to the legislative authority; such, for instance, as that it shall pass no bills of attainder, no ex post facto laws, and the like. Limitations of this kind can be preserved in practice no other way than through the medium of courts of justice, whose duty it must be to declare all acts contrary to the manifest tenor of the Constitution void. Without this, all the reservations of particular rights or privileges would amount to nothing.

So any claim that the judicial power extended only to the parties to a case and does not include the power to overturn laws they conclude are in violation of the Constitution is obviously false. It could not possibly be any more clear. And of course, you know damn well that Fischer would take the opposite position in a case where he liked the outcome.

Take Pierce v Society of Sisters, the case that ruled that parents have a constitutional right to send their children to private religious schools instead of public schools. Do you think for one moment that Fischer would say that this ruling applied only to the Pierce family and not to anyone else? Not a chance in hell. He would say that this case established a general right that is binding on everyone, not just the plaintiffs in that case. To say otherwise would be to require every single parent who wants to send their kids to private schools to file a redundant federal lawsuit identical to millions of others, which is clearly absurd.

That case also demonstrates conservative hypocrisy on other con law questions. It’s a case where the court protected an unenumerated right, something conservatives howl about when it involves a right they don’t want to exist. And it was based on penumbral reasoning, which conservatives think is absurd when they don’t like the outcome (see Robert Bork’s ridiculous response to Griswold v Connecticut). 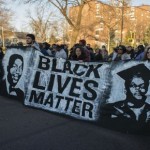