Let’s add to the pile of flimsy explanations conservatives are giving for the Las Vegas shootings, from demon possession to hating Trump voters. Rick Santorum says it’s all about violent movies and video games, offered with no evidence at all. 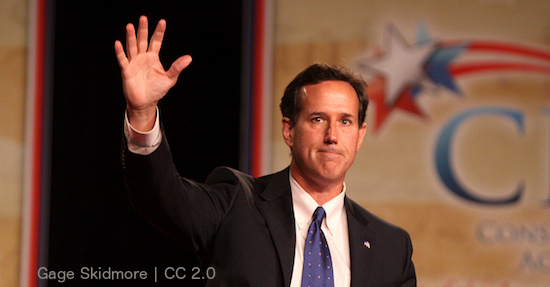 The failed GOP presidential candidate, who appeared Sunday as a panelist on CNN’s “State of the Union,” then suggested violent entertainment may have influenced the 64-year-old gunman.

He complained that Democrats had inaccurately blamed firearms for gun violence instead of movies.

Right. Because the movies and video games aren’t violent anywhere else in the developed world, where virtually every country has far lower rates of violence, including mass shootings, than the United States. Why do you suppose violent video games and movies only cause shootings in this country and not in other countries? And since violent video games have only really happened in the last 25 years ago, how does he explain that violent crime has gone down steadily in that time period?

Facts and evidence do not matter to Santorum.

October 9, 2017
Things Donald Trump Really Should Shut Up About
Next Post 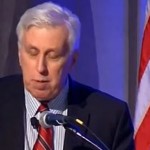 October 9, 2017 Lord: Abortion to Blame for Vegas Shooting
Recent Comments
0 | Leave a Comment
"Ah, wouldn't this violate the new laws being passed about making white kids uncomfortable? They ..."
SPRuis Legislators Pushing Bible Courses in Public ..."
"There is also the factor that "Bible literacy" courses being taught are unfair to other ..."
Hominin Legislators Pushing Bible Courses in Public ..."
"OnlySky is now live: https://onlysky.media/I am adding Ed to my OnlySky authors shortcuts folder so ..."
Thomas Fitzpatrick Saying Goodbye for the Last Time
"Hi ,for anyone wanting to follow the friendly atheist on Onlysky, it will go live ..."
david coxill Saying Goodbye for the Last Time
Browse Our Archives
get the latest from
Nonreligious
Sign up for our newsletter
POPULAR AT PATHEOS Nonreligious
1