A Catholic priest performed an “exorcism” in the hotel room of the shooter in Las Vegas and gave all the usual vague nonsense about how he felt the presence of evil and blah, blah, blah. But he splashed some “holy water” around and uttered some words, so it’s all gone now.

Kiley saw bullet holes sprayed across the hall and plaster covering the floor. As he walked toward Paddock’s room feeling on edge, he began to say the Catholic prayer, “‘St. Michael, the Archangel,’ to defend us in battle.”…

Kiley could sense the evil in the room and what had happened there, he said.

Like the rest of the world, the priest could not comprehend what had taken place.

“This is what we call the mystery of evil,” he said. “You cannot use reason to put the pieces of this together.”

Yeah, so instead of using reason, he used fantasy. Hey, I’ve got an idea. Now that he’s done getting the evil out of Mandalay Bay, maybe he can make a tour of all the Catholic churches in the world where priests molested children and get all the evil out of those. Or go to the Vatican itself and cleanse the place of the Inquisition and all the anti-Semitic pogroms that killed so many Jews. Just a thought. 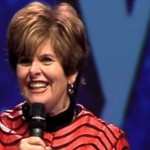 October 27, 2017 Iowa School Gets Racist Graffiti in Football Locker Room
Recent Comments
0 | Leave a Comment
"Anyone who would believe all of the lies from CNN and MSNBC are dummies."
D.M.S. Root: Hillary Should Be Hung for ..."
"So you actually believe that the people of this world has the power to change ..."
D.M.S. Trump’s Incoherent Gibberish on Global Warming
"How many cases of COVID-19 have there been in our prisons? How many deaths?I think ..."
Chris Winter Saying Goodbye for the Last Time
"You're pretty dumb if you think action films are the entirety of culture. Or even ..."
Phil Henderson The Problem is Toxic Masculinity, Not ..."
Browse Our Archives
get the latest from
Nonreligious
Sign up for our newsletter
POPULAR AT PATHEOS Nonreligious
1