Liz Crokin, who seems to be intent on making Alex Jones look downright rational by comparison, claims that there is a sex tape of Hillary Clinton that will soon be released and will prove that the Pizzagate story about a pedophilia ring in Washington, DC is true.

Asserting that it was no coincidence that Newsweek posted this article since the magazine is an arm of the “deep state” and employs known pedophiles, Crokin said that a genuine sex tape featuring Clinton, her top aide Huma Abedin and an underage girl was discovered by authorities when they seized the laptop owned by Abedin’s husband, Anthony Weiner.

Crokin claimed that there were so many videos featuring high-level political figures doing horrible things to children found on Weiner’s laptop that when NYPD officers watched them, “it made grown men cry.”

It is only a matter of time before all of these files are released, Crokin said, “and if and when this happen, let me tell you, no one will be able to deny that Pizzagate isn’t real. Nobody will be able to deny that the likes of the Clintons and John Podesta and many, many politicians and many members of Congress are involved in the satanic rape and torture of kids.”

She offers not a shred of evidence for any of this, of course. And when it never happens, she won’t admit to being wrong, she’ll just move on to the next inane conspiracy theory without evidence. And her followers will believe that one too. Being a wingnut paranoiac means never, ever admitting that you’re wrong when your predictions fail to come true. 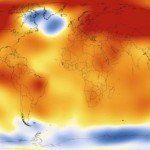