Trump Has Hugely Hurt American Standing in the World

In the alternate reality of Trumpworld, the rest of the world didn’t “respect” the United States when Obama was president, but they would start to do so under his brilliant, strong leadership. It’s hardly a shock to find out that this is the precise opposite of reality. 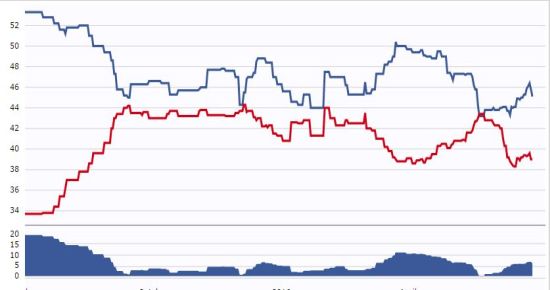 In 2016, 48 percent of the world’s citizens approved of the United States from a leadership perspective. By 2017, just 30 percent did. What changed, of course, was the leader. President Donald Trump has overseen a destructive period for America’s reputation abroad since he took the reins from Barack Obama a year ago. Support for U.S. leadership has gone underwater—that is, more people disapprove than approve—on every continent except Africa, where a slim 51 percent maintain a favorable view. Approval fell 10 points or more in 65 countries. Gallup, the source for all this good news, conducted its polling between March and November of 2017—that is, before the U.S. president dismissed the nations of Africa as “shitholes.” Perhaps that 51-percent figure is out of date…

Approval fell by 10 points or more in 24 European countries, including 18 NATO members. In Portugal, it fell 51 points in a year. The United States is above water in just three European countries: Kosovo, Albania, and Poland. Overall, among European citizens, approval fell from 44 to 25 percent. That’s still better than the lowest ebb of the George W. Bush administration, deep into the Iraq War, when just 18 percent of Europeans approved of the job he was doing. It took Bush six years to fall that far, and to sink to 35 percent worldwide. It took Trump roughly six months.

When Obama took office, global support and respect for the country went up enormously compared to Bush’s time in office. But this, of course, is all “fake news” to the right, which increasingly inhabits a bizarro world where facts and evidence simply do not matter. Trump has only accelerated that problem beyond all previous limits.

January 20, 2018
Another Conference I Wish I Could Attend: Secular Social Justice 2018
Next Post

January 21, 2018 ICE Arrests a Doctor in Kalamazoo for Decades-old Misdemeanors
Recent Comments
0 | Leave a Comment
"LOL! You still think the election matters! The election is toast. Trump is staying whether ..."
S. Arch Supreme Court Justice Jay Sekulow?
"I agree. It’s been said ´´misery likes company,´´ Peterson comes from being, at the very ..."
Ela Jesse Lee Peterson is a Moral ..."
"My position is the same. Based on the current polls in the swing states, Biden ..."
Gary Whittenberger Supreme Court Justice Jay Sekulow?
"And tonight the WWE smackdown debate. Trump was Trump and polling has so far showed ..."
Yorick Saying Goodbye for the Last Time
Browse Our Archives
get the latest from
Nonreligious
Sign up for our newsletter
POPULAR AT PATHEOS Nonreligious
1