Several major companies are in the process of building the next-generation 5G cell networks, but Axios reports that the Trump administration is considering essentially nationalizing the entire thing. That may or may not be a good idea, but it clearly runs counter to the prevailing Republican ideology. 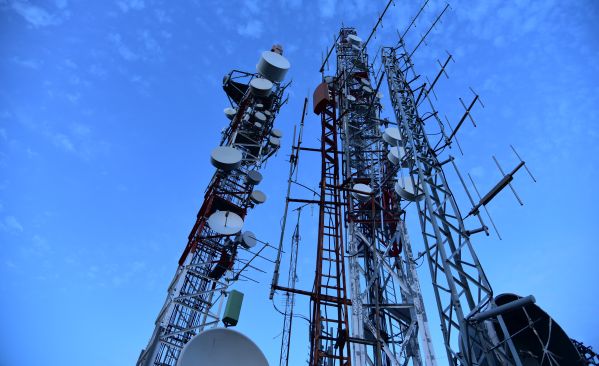 Axios reporters got their hands on a Powerpoint presentation and a memo from a “senior National Security Council official” advocating such a takeover. Those documents argue that it is necessary to do so in order to protect against Chinese interference and dominance of the cell technology sector, though it doesn’t make clear why a single network controlled by the federal government would help in those areas.

The main points: The documents say America needs a centralized nationwide 5G network within three years. There’ll be a fierce debate inside the Trump administration — and an outcry from the industry — over the next 6-8 months over how such a network is built and paid for.

Two options laid out by the documents:

Between the lines: A source familiar with the documents’ drafting says Option 2 is really no option at all: a single centralized network is what’s required to protect America against China and other bad actors.

Axios has put the original documents into the story so you can read them for yourself. They argue that the federal government should build the entire 5G network infrastructure, then lease access to the cell phone companies. But would Republicans go along with this? It would be in clear opposition to their professed support for the free market and less government involvement. Certainly the cell phone companies would do whatever it took to kill the idea because it would interrupt their investments in that area, lower their profits and disrupt years worth of plans and work that has already been done, or at least contracted.

State and local governments would also object because it would infringe on their authority to make determinations about where and when to expand local infrastructure for such things. And the FCC itself would likely oppose it (the FCC is an independent body within the executive branch and, despite having members appointed by the president, have shown no reluctance to buck the wishes of any president). For that matter, we have no idea what Trump himself thinks about it, but he’s shown himself to be an opponent of most government intervention in markets.

And it isn’t clear that this would actually make the network more secure. Even if the federal government controlled the entire 5G network infrastructure, that would still be tied in with older networks and contact points. A chain is only as secure as its weakest link, as the old saying goes. There would still be multiple vulnerabilities to be exploited. Nor is it clear that this would do anything to break Chinese dominance of the cell technology industry. Indeed, this is where free markets really are better — they really do spur technological innovation. I’m all for government supporting that with a range of possible investments, but competition does create more innovation than letting the government control an entire sector.

January 30, 2018 'Prophet': Trump Will Have Encounter with God
Recent Comments
0 | Leave a Comment
"As I've said many times, the polls are wrong: https://www.msnbc.com/morni...Besides, one thing that's certain is ..."
S. Arch Supreme Court Justice Jay Sekulow?
"Aged well."
Wade Spencer Conspiracy Theories Never Die: RBG Edition
"This week, with the Times stories about Trump's taxes, the debate shitstorm, and then Trump's ..."
Close Enough Saying Goodbye for the Last Time
"LOL! You still think the election matters! The election is toast. Trump is staying whether ..."
S. Arch Supreme Court Justice Jay Sekulow?
Browse Our Archives
get the latest from
Nonreligious
Sign up for our newsletter
POPULAR AT PATHEOS Nonreligious
1