We know that Rob Porter didn’t have a permanent security clearance and the same is true of Jared and Ivanka, but NBC News reports that a huge number of White House staffers and aides, including many from the National Security Council, are not approved for security clearances as well. 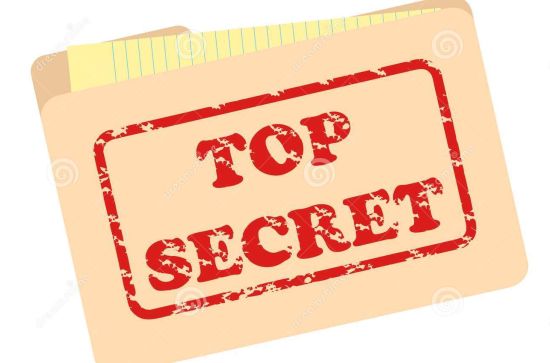 More than 130 political appointees working in the Executive Office of the President did not have permanent security clearances as of November 2017, including the president’s daughter, son-in-law and his top legal counsel, according to internal White House documents obtained by NBC News.

Of those appointees working with interim clearances, 47 of them are in positions that report directly to President Donald Trump. About a quarter of all political appointees in the executive office are working with some form of interim security clearance…

The documents also show that 10 months into Trump’s administration, at least 85 political appointees in the White House, vice president’s office and National Security Council were working without permanent security clearances. About 50 appointees were operating with interim security clearances while serving in offices closely linked to the West Wing, such as the National Economic Council, the Office of Management and Budget, the U.S. Trade Representative and the White House executive residence…

On the National Security Council, 10 of 24 officials listed in the documents — about 42 percent — had only interim security clearances as of November.

They can’t even get people on the National Security Council who can get a security clearance, for crying out loud. One of the things that becomes clear in reading the Wolff book is that, contrary to Trump’s claim to always hire the best people, his decisions on who to put in which position is completely incoherent and based on nothing substantive at all. Time and again he’s put people in charge of agencies that have no background whatsoever in the area they’re asked to oversee. They would do just as well picking someone randomly off the street.

And he often picks people that help him avoid his personal pet peeves and inabilities. He didn’t want to pick HR McMaster to replace Michael Flynn as his National Security Adviser because McMaster would show him detailed powerpoint presentations that contained all the necessary information to make a good decision and that bored him. He was forced by circumstance to pick McMaster and to this day he resents it because he thinks McMaster talks down to him because he doesn’t just give him the 30 second version and assume he can make a good choice on that basis. Well he can’t. Decisions on matters of national security are difficult and have far-reaching consequences and should be made carefully and with an understanding of all the facts and all the possible choices, but Trump is simply not capable of or interested in paying attention to anything for long enough to do that. As always, he he has the mentality of a hyperactive child, not a grown man who should be in charge of anything.

So it’s no surprise that many of these positions have just been filled willy-nilly, with no vetting and no serious consideration of their qualifications. It’s amateur hour.

February 17, 2018
Yes, the Shooter Really Was a White Supremacist
Next Post