Buzzfeed has a long and detailed article that makes a compelling case against Lawrence Krauss as a serial sexual harasser, something for which he has long had a reputation for being in the atheist community. It isn’t a he said/she said, it’s a he said/a whole bunch of shes said, along with a bunch of witnesses to it in situations over the course of years and years. 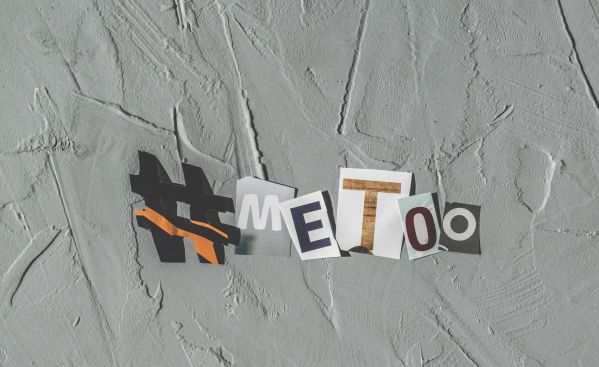 Full disclosure: I know at least four of the women who are cited in the article, one without a name, and I’m pretty sure I know a 5th one as well. I also know one of the authors of the article, Virginia Hughes. I’ve also heard similar stories from other women over the years. When the article talks about the whisper network, Krauss has long been one of the first people talked about. Women who attend conferences often warn one another not to get caught alone with him in order to protect one another (and he’s hardly the only one to be the subject of such warnings, he’s just one of the most famous).

Here’s why I think the article makes such a strong case: You have multiple women, many of whom don’t know each other at all, in entirely different situations (some are activists at conferences, some are students at the universities where he’s taught), making similar accusations of misconduct; in several of those cases, there are witnesses who corroborate those stories (that’s often difficult to find because the men typically wait until they’re alone before displaying the victimizing behavior); you have official investigations by universities that found him to have done what he was accused of, and even being banned from campus and forbidden to have contact with the victim. That’s a hell of a lot of smoke for there not to be fire.

And his excuse for all of this is about as lame as it gets. He says it’s all because he’s a celebrity:

“It is common knowledge that celebrity attracts all forms of negative attention from many different angles,” Krauss said in a December email. “There is no pattern of discontent revealed here that suggests any other explanation.”

I have absolutely no idea what that last sentence is supposed to mean. It’s gibberish. But if it’s all just celebrity, why him? There are more famous scientists, and at least equally famous atheist activists, than him who have not been accused of such behavior, much less by so many different people in so many different situations over such a long period of time. Not one woman has ever accused, say, Sean Carroll of sexual harassment (and good on Sean for calling his fellow cosmologist out in very strong terms).

In the end, I think my friend Lydia Allen really nailed this one:

What’s particularly infuriating, said Lydia Allan, the former cohost of the Dogma Debate podcast, is when male skeptics ask how they could draw more women into their circles. “I don’t know, maybe not put your hands all over us? That might work,” she said sarcastically. “How about you believe us when we tell you that shit happens to us?”

When I first got really involved with atheist activism and began working with the various organizations about 12 years ago, that was when the question was first being asked: Why are there so few women involved? And I talked to some of the women I knew about it at the time because I wanted to understand their perspective. Virtually every one of them described a reality where the moment they showed up at a meeting or conference, they were descended on by drooling geekboys. Some of them endured it and stuck around, but a lot of them didn’t. Who can blame them?

They shouldn’t have to go through this. Yes, you might meet someone there and hit it off with them and end up in a relationship. I’ve seen it happen many times. But how about starting by treating them as a person, not as a piece of meat? It’s not a singles bar. They came there because they have an intellectual interest in common with others who are there, not to get their legs humped by desperate douchebags. So stop doing that crap. And when they tell you about others doing it, believe them. As Melody Hensley correctly said, these are not extraordinary claims; they are far too ordinary.

One last note: Stop having heroes. They will only disappoint you. Putting someone on a pedestal only short circuits our ability to view them rationally or to see their flaws. And that includes me. I don’t have Krauss’ celebrity at all, not even close, but I’ve been treated that way myself at times and I find it disturbing. I’m just a person. I screw up too. And I don’t want anyone defending me when I don’t deserve such a defense. Tribalism must be avoided at all costs, and that includes our veneration of the people we look to as leaders of the tribe. Kile Jones has it right in this post.

February 23, 2018 McMaster May Be Removed as National Security Adviser
Recent Comments
0 | Leave a Comment
Browse Our Archives
get the latest from
Nonreligious
Sign up for our newsletter
POPULAR AT PATHEOS Nonreligious
1