Why Trump Followers Don’t Care About His Lies: Tribalism

Why Trump Followers Don’t Care About His Lies: Tribalism May 29, 2018 Ed Brayton

I have long encouraged people to read Richard Hofstadter’s essay The Paranoid Style in American Politics and his book Anti-Intellectualism in American Life. He was a historian at Cornell who won the Pulitzer prize for that book, which traces the history of periods similar to what we’re seeing now with Donald Trump. And I believe it helps us understand why those who support him are not bothered at all by his constant lies, if they manage to recognize them as lies at all. 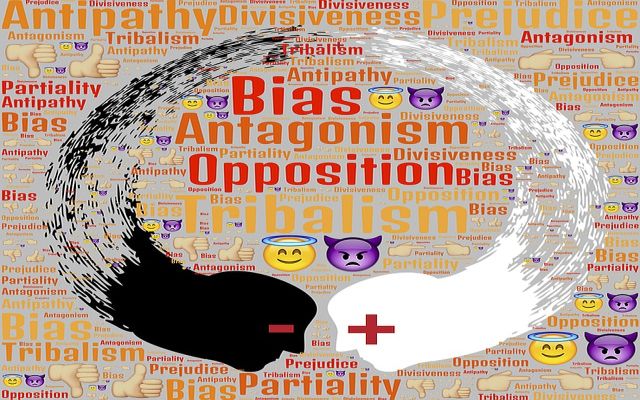 It seems that about every 40-50 years we go through this bout of pseudo-populist, anti-intellectual, anti-immigrant and racist fervor. You can go back to the Know Nothings of the mid-1800s, to the rebirth of the KKK in the early 1900s, to the McCarthy era and the birth of the John Birch Society in the 60s (which was just starting when Hofstadter did his analysis). What we’re seeing with Trump is the latest rebirth of those movements. He’s tapped into a rich vein of ignorance, paranoia and bigotry that is never far below the surface in America.

It tends to come to the forefront during times of economic and cultural stress. When people feel insecure economically or socially — as in white Christians feeling threatened by becoming a smaller percentage of the population, coupled with vast income inequality and the massive recession of 2008 and 2009 — they tend to retreat into this very simpleminded tribalism. They want to build Fortress America and shut everyone else out. They retreat to racial tribes and lob bombs — sometimes literally — at other tribes. Their fear and insecurity make them easy targets for demagogues like Trump to whip them up into a fervor by telling them that it’s all the fault of (insert scapegoat here — blacks, Latinos, immigrants, Muslims, Jews, gay people, “elites” or “globalists”). Fear is a powerful motivator and is easily exploitable by those seeking authoritarian power.

And once people are fully in the grip of tribalism, the truth simply doesn’t matter to them anymore. We have many cognitive tendencies that allow us to filter out contrary information — confirmation bias, motivated reasoning, etc. — so that we don’t even recognize lies when we see them. And the people who are most prone to this kind of thing tend to be so ignorant that they don’t have a knowledge base that could even allow them to distinguish a true claim from a false one. And if we do see them as lies, they justify those lies as being in the service of a greater good, so it’s all okay.

A perfect example: To listen to Trump you would think that immigrants are running wild in this country, raping and killing people in droves. The truth, backed up by study after study, is that immigrants, both legal and illegal, commit crimes at a far lower rate than native-born citizens. I mean far lower, like 40% as often. The reason for this is obvious: If they get caught committing a crime, they can be deported, so they try to avoid any situations in which that would happen. But fearmongering operates almost entirely through anecdotes. Trump will tell one or two horrifying stories over and over again about some immigrant who killed someone, bring their families up on stage to cry about it, and his audience is convinced that this is something that happens all the time. It isn’t, and the evidence to prove that is indisputable, but nothing will convince them otherwise. They are immune to evidence and reason. And because they’ve been inoculated against reality by decades of preaching against the media, they have an easy way to just dismiss anything that conflicts with the narrative they believe is reality. It really is an alternate reality they live in.

The good news is that when this kind of thing has broken out in the past, we’ve somehow managed to put the genie back in the bottle, at least for a few decades until it comes up again. But it’s usually taken a while for that to happen, for us to regain our collective sanity. I certainly hope we snap out of it soon because I’m not sure the country can survive it this time if it goes on too long.

Post-script: None of this is to suggest that liberals are somehow immune to tribalism, or to rationalizing away lies, or to being the victims of confirmation bias or motivated reasoning, and so forth. This is a very human trait and none of us escapes it entirely. But that doesn’t mean everyone suffers from it equally. We know from many social psych studies that those who are politically liberal are far less prone to this particular type of tribalism because liberals tend to have personalities that are more open to new experiences, less focused on in-group purity, feel less threatened by outsiders, and much more. See Robert Altemeyer’s work on this and the work of many other social psychologists. So while liberals are prone to the same cognitive biases as conservatives, those biases are much less likely to be used to justify or defend the kind of strong racial or ethnic tribalism we’re seeing now, or to support bigotry in general.

May 29, 2018
The Curious Silence of Devin Nunes
Next Post