Vice News did an interview with misogynist jerk Jordan Peterson (everyone wave to his fanboys who will descend on the comments section when it pops up in their Google alerts so they can defend their brave truthtelling hero) and it included this exchange: 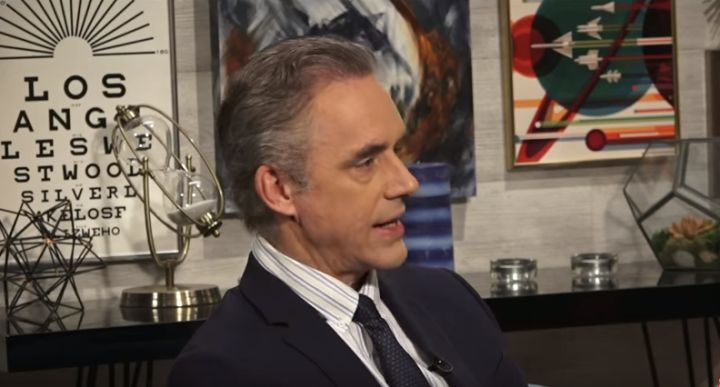 Peterson: Here’s a rule. How about no makeup in the workplace?

Vice: Why should that be a rule?

Peterson: Why should you wear makeup in the workplace? Isn’t that sexually provocative?

Peterson: Well what is it then? What’s the purpose of makeup?

Vice: (unclear) like to just put on makeup, just to…

Peterson: Why? Why do you make your lips red? Because they turn red during sexual arousal. That’s why. Why do you put rouge on your cheeks? Same reason. How about high heels? They’re there to exaggerate sexual attractiveness. That’s what high heels do. Now, I’m not saying people shouldn’t use sexual displays in the workplace, I’m not saying that. But I am saying that that is what they’re doing, and that IS what they’re doing.

Jordan Peterson: Yeah. I do think that.

There’s so much wrong with this that I’m not even going to bother explaining why it’s such utter crap. If you don’t know already, there’s nothing I could say to convince you. And frankly, if you don’t know already, you can plant one on my buttocks. But I can’t wait to hear all the rationalizations from his fans. I’m sure this was “taken out of context” and you can’t possibly interpret it correctly if you haven’t read everything he’s ever written, including his grocery lists, and listened to every word he’s ever spoken, including his pillow talk. And you have to be in the special wing of the treehouse with the decoder ring to truly understand that this isn’t the blatantly sexist bullshit any reasonable person knows it to be.

But let me just ask one question: Isn’t Peterson asking for it? I mean, really, during this interview, he was dressed well, wearing an expensive suit that shows off his wealth. He was wearing a tie that points directly to his penis, in a blatant sexual display. So if a gay man were to sexually harass him, he has no one to blame but himself, by his own “reasoning” (and I am using that term very loosely).

I am absolutely baffled that anyone could take this buffoon seriously. That he has built such a rabid following can only diminish one’s faith in humanity.

June 4, 2018
Santorum: Obama Made Racism Worse in America
Next Post

June 4, 2018 Trump's Attorneys Preparing to Fight a Subpoena
Recent Comments
0 | Leave a Comment
"JALY5vN.org"
aditi New Fox Anchor a Q Anon ..."
"Your argument is "Things exist, therefore God," and you just simply believe that there has ..."
Alex Zer0 And Yet Another Stupid Atheist Meme
"Oh hell. Just now got back here. Requiescat in pace, Ed, or just feed the ..."
(((Hornèd Pontilibratificus))) Saying Goodbye for the Last Time
"So many religious comments from muslims and the atheist religion..."
Drakenfly Carson: Islam Not a Religion, but ..."
Browse Our Archives
get the latest from
Nonreligious
Sign up for our newsletter
POPULAR AT PATHEOS Nonreligious
1