Giuliani May Have Committed Obstruction of Justice

Giuliani May Have Committed Obstruction of Justice June 20, 2018 Ed Brayton

Harry Litman, former US Attorney for the Western District of Pennsylvania and former Deputy Assistant Attorney General, says Rudy Giuliani may have put himself on the hook for possible obstruction of justice charges by publicly dangling pardons for Paul Manafort and others under investigation by Robert Mueller. 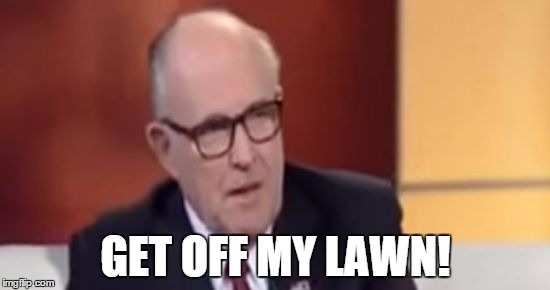 On June 15, a federal judge ordered Paul Manafort to jail, saying that President Trump’s former campaign chairman had attempted to tamper with witnesses while he awaits trial on money-laundering and federal conspiracy charges springing from special counsel Robert S. Mueller III’s investigation of Russian influence in the 2016 presidential election. Later that day, Rudolph W. Giuliani, a Trump attorney, spoke with the New York Daily News about Mueller’s investigation. “When the whole thing is over,” Giuliani said, “things might get cleaned up with some presidential pardons.”

How should Giuliani’s words be most reasonably understood, and has he exposed himself to criminal liability for obstruction of justice and witness tampering?

The applicable federal statute, 18 U.S.C. 1512, “Tampering with a witness, victim, or an informant,” includes a provision making it a crime if one person “corruptly persuades another person” to “withhold testimony” from an “official proceeding.”

The core factual question on which criminal liability turns is whether Giuliani was attempting to dangle the possibility of a pardon to persuade Manafort not to provide testimony to Mueller.

Is there any real doubt that was Giuliani’s intent? What other explanation makes sense of his words?

I think everyone knows that was his intent, and intent is the key to obstruction of justice charges. Whether a jury would agree or not is another matter. And whether Mueller would try to charge him with it is also an open question. As Litman notes, he can try to claim that he was merely making a factual observation, but he was speaking as Trump’s attorney and spokesman in the media on legal matters. That clearly undermines this alternative reading of his words.

Either way, Litman is right when he says that Giuliani is no longer acting like a prosecutor but is “acting more like the mob lawyers he used to fight.” That’s because Trump essentially IS a mafia kingpin.

June 20, 2018 Immigrants Commit Far Fewer Crimes than Native-born Americans
Recent Comments
0 | Leave a Comment
Browse Our Archives
get the latest from
Nonreligious
Sign up for our newsletter
POPULAR AT PATHEOS Nonreligious
1