Pruitt May Have Been Poisoned by Expensive Desk

Pruitt May Have Been Poisoned by Expensive Desk July 22, 2018 Ed Brayton

In one of the most spectacular examples of irony you’ll ever see, staffers at the EPA think that former EPA Administrator Scott Pruitt, who finally stepped down a couple weeks ago after a scandalous tenure, may have been poisoned by chemicals in the $10,000 desk he ordered for his office. 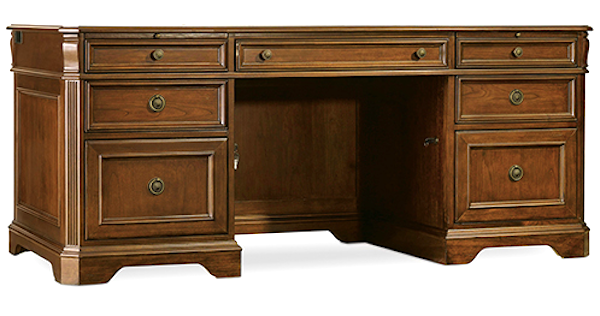 Email interactions between EPA staffers first reported by Politico on Friday, showed that aides worried about the potential health effects of formaldehyde found in the desk. The fears they raised came just months before the EPA blocked the release of a report highlighting the dangers of formaldehyde exposure in drinking water.

According to the emails released through a Freedom of Information Act (FOIA) request to American Oversight, staffers worried about a safety warning placed on the desk from California — which classifies formaldehyde as a carcinogen.

Gee, if only we had regulations to forbid putting toxic and carcinogenic chemicals into things like furniture that people come into contact with everyday. If only we had an EPA that thought its job was to protect people from such poisoning rather than protecting corporate profits. And irony wept.

July 22, 2018 Senate Passes Resolution Telling Trump Not to Let Putin Question Americans
Recent Comments
0 | Leave a Comment
""Ed not only didn't hate values, he consistently and laudably argued we should adhere to ..."
Jose Antonio Saying Goodbye for the Last Time
"A lot of brainwashing."
Atheisticus Yes, the Bible Does Say to ..."
"Because of all the prophecies that have never been fulfilled."
Atheisticus Yes, the Bible Does Say to ..."
"Although solar energy and solar panels have long been considered unknown technology for anyone. Greetings ..."
Anny Wiliams The Practical Path to Clean Energy
Browse Our Archives
get the latest from
Nonreligious
Sign up for our newsletter
POPULAR AT PATHEOS Nonreligious
1