Republican Sen. Susan Collins is pro-choice. Anyone with a ghost of a chance of getting nominated for the Supreme Court by a Republican president has to be anti-choice. So she has to pretend that she has assurances that they won’t overturn Roe v Wade. She does it with every nominee, including the current one, Brett Kavanaugh. 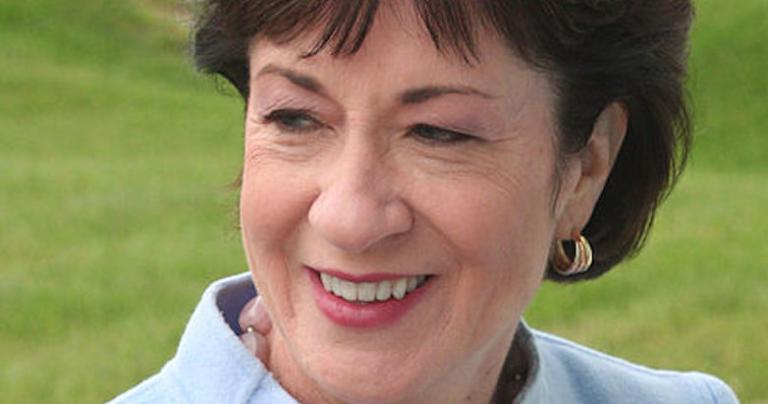 “We talked about whether he considered Roe to be settled law,” Collins said, referring to the landmark 1973 Supreme Court decision that established a woman’s right to terminate her pregnancy.

Collins said Kavanaugh told her that he agreed with Chief Justice John G. Roberts Jr., who said during his 2005 confirmation hearing that Roe was “settled as a precedent of the court.” Collins and Kavanaugh, who serves on the U.S. Court of Appeals for the D.C. Circuit, met for more than two hours Tuesday morning.

“He said that he agreed with what Justice Roberts said at his nomination hearing, in which he said it was settled law,” Collins said. “We had a very good, thorough discussion.”

And if you believe that, I’ve got a Trump Tower in Moscow to sell you. “Settled law” is the hot catchphrase but it has no meaning. It could mean something, but it doesn’t. It could mean that he would not vote to overturn it, but you’d have to be breathtakingly naive to believe that. It’s like “judicial activism” or “legislating from the bench” — it sounds like it has a clear meaning, but in reality it’s just gibberish. There is zero doubt that both Roberts and Kavanaugh will vote to overturn Roe the first chance they get. Oh, they may disguise it. Roberts loves rulings that say “we’re not actually overturning this precedent” but do exactly that in the real world.

In the case of reproductive rights, they may just let it die of a thousand cuts, upholding every type of TRAP law passed by state legislatures since 2010 so that it becomes a functional non-reality for the vast majority of women in the country. But overturn it they will, by hook or by crook. Anyone who pretends otherwise is living in a fantasy world.

August 21, 2018
Trump Still Has No Idea How Coal Energy Works
Next Post