ProPublica is rapidly becoming an indispensable news organization. The non-profit reporting project has won multiple Pulitzer Prizes and just broke a big story about how money spent by the Trump inaugural committee went to enrich Trump, laundered partly through a close friend of Ivanka Trump’s and an aide to First Lady Melania Trump, who was aware of how it would look if that spending was audited. 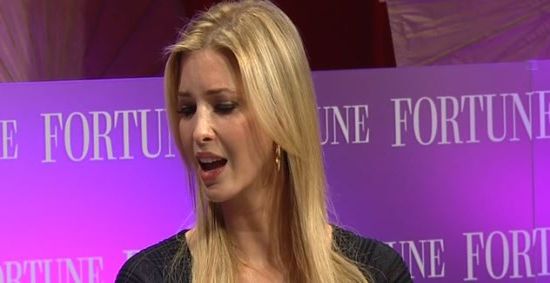 The Wall Street Journal reported this week that spending by the inaugural committee, which raised a staggering $106 million, more than double the previous record, was being investigated by state and federal officials. And there’s good reason why.

What particularly drew attention after the inauguration was how the money had been spent. The committee promised to give unspent money to charity but dragged its heels on doing so. Eventually, it donated $5 million, divvied up among several organizations including the Red Cross and the Salvation Army.

That meant that the committee had spent $101 million, a staggering sum. Much of that was itemized as being for conferences, conventions and meetings in the group’s IRS filing. Included in that total was $26 million paid to a senior adviser to first lady Melania Trump, Stephanie Winston Wolkoff, who also runs an events business. Wolkoff, the New York Times reported, was personally paid $1.6 million, money used in part to pay staff who worked for her.

On Friday, ProPublica raised new questions about this spending. According to its reporting, some of the money went to events or meetings held at Trump’s hotel in Washington. In an email to Ivanka Trump, Wolkoff apparently expressed concern that paying $700,000 for four days’ use of the hotel ballroom might be excessive.

“Please take into consideration that when this is audited it will become public knowledge,” Wolkoff wrote, according to ProPublica.

$700,000 for a hotel ballroom for four days. Seriously? That’s almost pure profit for Trump and his company, of course. And they don’t even know where much of that money comes from. In the ProPublic report, they note that many of the big donors are completely unknown. By law, an inaugural committee only has to report it’s five largest donors, no one else.

Greg Jenkins, who led George W. Bush’s second inauguration, was perplexed by the Trump team’s mammoth fundraising haul. “They had a third of the staff and a quarter of the events and they raise at least twice as much as we did,” Jenkins told WNYC and ProPublica this year. “So there’s the obvious question: Where did it go? I don’t know.”

It went into Trump’s pocket, obviously. And that’s why it’s all now under investigation, as it should be. No matter where you look, you find Trump enriching himself through corrupt endeavors like this. It’s why we have ethics laws, which have been blatantly flouted by Trump, his family, and half the administration’s appointees.

December 15, 2018
Trump Turns to Mulvaney as 'Acting' Chief of Staff
Next Post