Dobbs Wants Most CIA and FBI Agents, and Democrats, Put in Jail

The increasingly deranged Lou Dobbs, who actually used to be a relatively respectable business journalist, says that a “substantial portion” of the FBI and CIA, and a secret list he has of “radical Dems on Capitol Hill” should be put in jail for what he sees as their efforts to undermine his hero, Donald Trump. 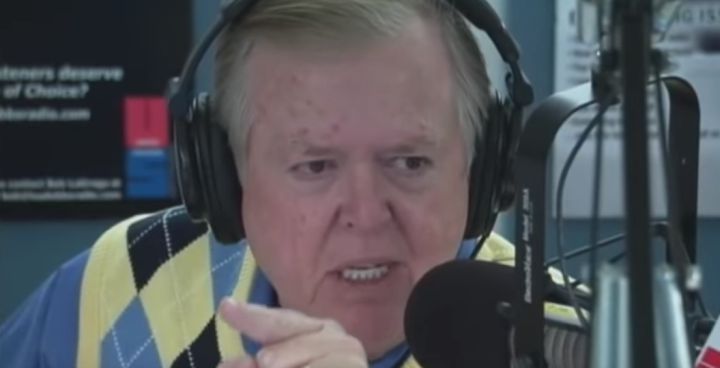 “Barack Obama’s intelligence community — a substantial portion of it — particularly the CIA and FBI, obviously involved in that covert campaign to block the presidency of Donald Trump and to subvert him once he was elected. Period,” Dobbs claimed.

He said he wants “people held to account and go to jail for it.”

He also said he “would like to offer up some names of the radical Dems on Capitol Hill who should join them.”

Dobbs then added, “nevermind” and did not list the elected Democrats he believes should be jailed.

This is sheer lunacy. Is he just sucking up to Trump by saying things he knows are loony? Or does he really believe this rot? I don’t really care. Either way, the man is simply gone off the deep end.

June 17, 2019
Trump Thinks WaPo and NY Times Will Shut Down
Next Post

June 18, 2019 SCOTUS Allows State and Federal Prosecutions for Same Crime
Recent Comments
0 | Leave a Comment
"Anyone who would believe all of the lies from CNN and MSNBC are dummies."
D.M.S. Root: Hillary Should Be Hung for ..."
"So you actually believe that the people of this world has the power to change ..."
D.M.S. Trump’s Incoherent Gibberish on Global Warming
"How many cases of COVID-19 have there been in our prisons? How many deaths?I think ..."
Chris Winter Saying Goodbye for the Last Time
"You're pretty dumb if you think action films are the entirety of culture. Or even ..."
Phil Henderson The Problem is Toxic Masculinity, Not ..."
Browse Our Archives
get the latest from
Nonreligious
Sign up for our newsletter
POPULAR AT PATHEOS Nonreligious
1