The Bladensburg Cross Ruling and the Ghost of Justice Scalia

As I’ve explained in the two previous posts, the Supreme Court refused to apply the Lemon Test in the Bladensburg cross case. This is something they have done often in cases after that test was first established, applying it in some cases but not others. That pattern prompted Justice Scalia to write one of the best bits of writing in the court’s history in a 1989 case called Lamb’s Chapel v Center Moriches School District. 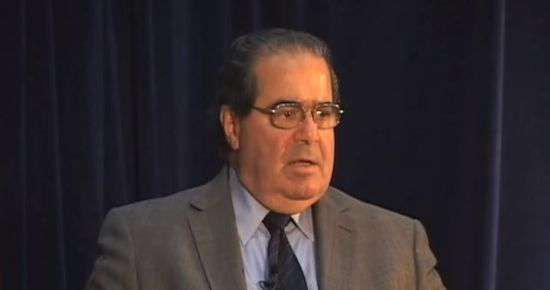 Like some ghoul in a late-night horror movie that repeatedly sits up in its grave and shuffles abroad, after being repeatedly killed and buried, Lemon stalks our Establishment Clause jurisprudence once again, frightening the little children and school attorneys of Center Moriches Union Free School District. Its most recent burial, only last Term, was, to be sure, not fully six feet under: Our decision in Lee v. Weisman conspicuously avoided using the supposed “test” but also declined the invitation to repudiate it. Over the years, however, no fewer than five of the currently sitting Justices have, in their own opinions, personally driven pencils through the creature’s heart (the author of today’s opinion repeatedly), and a sixth has joined an opinion doing so.

The secret of the Lemon test’s survival, I think, is that it is so easy to kill. It is there to scare us (and our audience) when we wish it to do so, but we can command it to return to the tomb at will. When we wish to strike down a practice it forbids, we invoke it; when we wish to uphold a practice it forbids, we ignore it entirely. Sometimes, we take a middle course, calling its three prongs ‘no more than helpful signposts.’ Such a docile and useful monster is worth keeping around, at least in a somnolent state; one never knows when one might need him.

This is brilliant prose, and entirely accurate. Of course, I would disagree with Scalia on what test should be applied, but the court needs to being some clarity by offering bright line rules to policymakers and lower court judges that they can apply consistently.

Having said that, I do have a quibble with part of the Lemon Test myself, particularly the purpose prong. Is a given law or action unconstitutional if those who advocate it justify it by reference to their religious beliefs? I don’t think so. Remember that Martin Luther King and other civil rights leaders argued for the Civil Rights Act often on religious grounds. Does that make the Civil Rights Act unconstitutional? Of course not. It seems to me that government actions, not motivations, are what should determine whether the Constitution has been violated or not.

June 21, 2019
The Bladensburg Cross Ruling: The Question of Tests
Next Post

Nonreligious
They're Making a Movie About Military Religious Freedom...
Dispatches From the Culture Wars