Trump Reverses Decision, Wants to Use Citizenship Question in Defiance of Court Order

Trump has done it again, contradicted his own administration officials and is looking at sparking a new constitutional crisis. The DOJ and Treasury Department both said they were going to comply with a court order and print census forms without the controversial citizenship question; Trump now calls that “fake news” and says he may defy the court and use the question anyway. 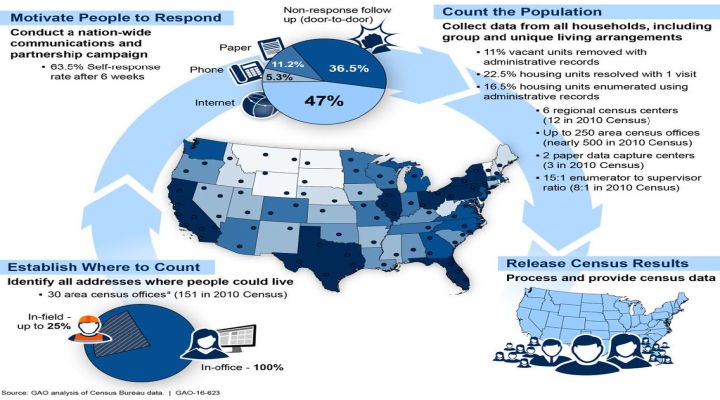 The News Reports about the Department of Commerce dropping its quest to put the Citizenship Question on the Census is incorrect or, to state it differently, FAKE! We are absolutely moving forward, as we must, because of the importance of the answer to this question.

Uh, Donald… they just reported what the DOJ and Treasury Secretary said and they did so accurately. The fact that you’ve now decided to reverse what they said doesn’t make it fake news, it makes you a fake president. That tweet resulted in the immediate scheduling of a hearing by the judge in the case who issued the ruling on this, who no doubt wants an explanation and assurances that they’re going to comply with her ruling.

The judge scheduled today's telephone call with lawyers re: the census citizenship Q case on his own and did *not* specify the reason for it, per lawyers in the case (this is from Denise Hulett, national senior counsel at @MALDEF) pic.twitter.com/n5JWP5TelX

Treasury Secretary Wilbur Ross told the press that they had already begun the process of printing the census forms without the citizenship question on it. Would Trump openly defy a court order? He’s ignored the rule of law many times, but that would be a whole new level that would trigger an immediate constitutional crisis. It’s never actually happened before so it would be uncharted territory. How would William Barr react? Or Wilbur Ross? This could become an unprecedented situation very quickly and no one knows the result.

Update: Even during that emergency hearing Wednesday afternoon, the government couldn’t agree on what was going on.

During the call, Department of Justice lawyer Joshua Gardner told Hazel that the president’s tweet was the “first I had heard of the president’s position on the issue,” but Gardner “confirmed that the Census Bureau is continuing with the process of printing the questionnaire without a citizenship questionnaire, and that process has not stopped.”

However, Jody Hunt, the assistant attorney general for the civil division, then told Hazel that attorneys “at the Department of Justice have been instructed to examine whether there is a path forward, consistent with the Supreme Court’s decision, that would allow us to include the citizenship question on the census. We think there may be a legally available path under the Supreme Court’s decision.” If so, Hunt continued, “our current plan would be to file a motion in the Supreme Court to request instructions on remand to govern further proceedings in order to simplify and expedite the remaining litigation and provide clarity to the process going forward.”

The Keystone Cops go to court. All of this is entirely Trup’s fault. He changes his mind on a whim. In this case, it wouldn’t surprise me if he got a phone call from Sean Hannity or Jeanine Pirro telling him he shouldn’t give in to a trifling little thing like a federal court order and should continue to fight, and they got him all fired up and put a burr under his saddle. At this point, Fox News hosts pretty much run the country.

July 3, 2019
Trump Gives Up Citizenship Question on Census
Next Post

July 4, 2019 Allen West's Greatest -- Read: Most Loathsome -- Hits
Recent Comments
0 | Leave a Comment
Browse Our Archives
get the latest from
Nonreligious
Sign up for our newsletter
POPULAR AT PATHEOS Nonreligious
1