Things have gone from bad to worse on the health front, I’m afraid. At least for the short term. On Friday I went to U of M to get what I thought was an endoscopy that would get into my intestines and fix the bleeding there. From Wednesday to Friday I lost three full units of blood in only 40 hours, which is a staggering amount. But it turns out I wasn’t get that procedure at all. 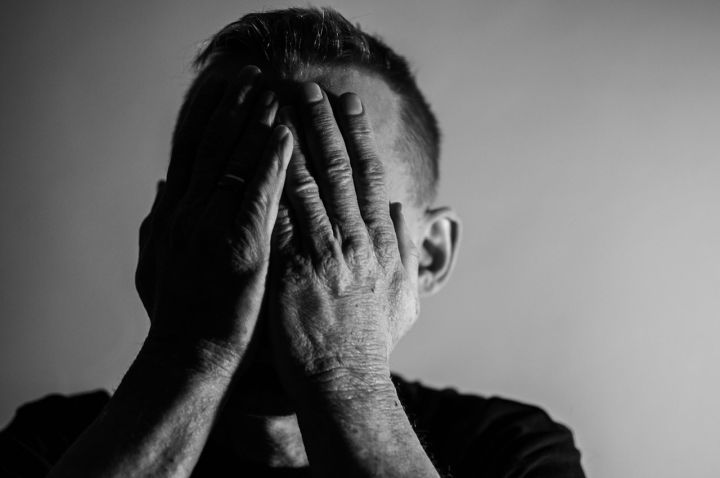 Dr. Mellinger, the head of the liver transplant team at U of M first told me about this procedure that apparently few hospitals could do to get a scope all the way into the middle intestines, which is where the primary bleeding is from. That’s causing the chronic anemia and the need for constant blood transfusions. And I thought that’s what I was getting on Friday. I was on the table with the IV for sedation in but not yet turned on when I said I’d like to ask the doctor a few questions. I was really curious how this procedure is done. He said oh, we’re not doing that today. This is just a regular EGD. What I thought I was getting was something called a double balloon EGD, where they actually turn the intestines inside out so they can treat the lining.

I was absolutely furious. I’ve had multiple EGDs but they do little good because they can only get into the stomach and the tip of the small intestines. It turns out that it may have done some good because they found some bleeds that my GI here missed. They cauterized several small bleeds, which should help a little, but the real source of most of the bleeding is in the middle intestines, where the lining is just constantly oozing blood. I went down there thinking that was going to be fixed once and for all and I’d have no more anemia and thus no more need for constant transfusions. When I found out that’s not what I was getting, I was absolutely beside myself with anger. I let them do the EGD anyway and it looks like it may do a little good, at least.

I sent a very angry email to Dr. Mellinger, who called me and apologized profusely for the miscommunication. She took full responsibility for not making clear what was going on and giving me the impression that I was getting the special EGD and not just a regular one. That’s fine, but now my anger has gone from anger to near-depression. This all leaves me in an absolutely terrible position. I’m being kicked out of here on Friday because my insurance will only pay for 45 days of inpatient rehab. They will send physical therapists in to the home 3 days a week, but we won’t have the equipment they have here. But the big problem is that here’s no way I’m ready to be at home because I still can’t even stand up without having no pressure at all on that right foot. I can keep the pressure mostly off it, but not completely. But insurance won’t keep paying past 45 days of inpatient rehab and I sure as hell can’t afford the thousands of dollars a week to pay for it.

And the doorways are so narrow at home that I can’t really use my electric wheelchair past the entry to get me into the house. I was just consulting with the occupational therapist about it and there’s just no good solution at all. The same is true of a manual wheelchair — if it’s narrow enough to go through doorways, it’s too narrow for me to sit in. And there’s no way I’d be able to maneuver it in my bedroom or the bathroom anyway. If I could use crutches, I could keep the weight off it, but that still requires that I be able to first stand up on just my left leg. If I had something to pull myself up with rather than having to push myself up, I could do it. But that’s not really possible in my bedroom.

Dr. Mellinger, the head of the transplant team at U of M, mentioned that we could get these procedures done more quickly if I was there in the hospital, so I’m gonna ask her to admit me on Friday and drive straight down there when I’m released from here. But I don’t know if insurance will pay for it. I’d still need more rehab when I’m done, but if we could just fix the anemia (and perhaps even get the TIPS procedure inpatient to solve the ascites problem), the PT would be a lot more effective and I could make much more rapid progress. All of this will depend on insurance, as it seems everything always does. In the long run, if I can get the double balloon EGD to fix the anemia and the TIPS procedure to take care of the ascites, my life would improve a thousand percent. That and getting the wound on my foot fully healed so I can put pressure on it are the priorities. But I still need more rehab to get strong enough to use just my left leg until the healing is done. And when I asked the podiatrist how long it would be before I could put pressure on the right foot, she said, “A long time.” So being able to get around using just my left foot and maneuver my way through an old house with very narrow hallways and doorways is crucial.

When I even start thinking about it too much, I start to cry because of what happened — or rather what didn’t happen — on Friday. I thought we were finally gonna fix the anemia and I feel like I just got punched in the gut. I had invested so much hope in that procedure and didn’t even get to have it done. That just makes me want to crawl into a ball and cry. I’m trying to just focus on the next moves I can take, but it’s so hard without just becoming depressed. I’m trying to tell myself to just relax and wait until Monday when Dr. Mellinger and the social worker here can look at the options and maybe things will ultimately work out. But telling myself not to think about something only makes me more likely to think about it. I’m trying to distract myself as much as possible so I can think about anything but that this situation, but that only works so far.

The occupational therapist suggested that I try to make a deal with the rehab center to stay here and pay for it over time. But that’s almost $7000 a month just for the room, with additional costs on top of that. On Monday I’ll meet with the social worker and see if there are any other options I haven’t thought of and with Dr. Mellinger to see if she will admit me directly to U of M on Friday — and if insurance will pay for it, which is crucial. This may end up costing me thousands and thousands more, but I simply can’t go home at this point until my left leg gets stronger or I’m allowed to put pressure on my right foot. If the right foot doesn’t heal correctly, I could lose the whole foot. Like I said, it’s just depressing to even think about. I’m trying to stay positive and focus on the next steps that could get me where I need to be, but it’s so difficult. Writing for the blog helps keep my mind off it a little bit, but I still have feelings of hopelessness that I can’t make go away. I just hope things get better on Monday, but either way I may end up either just going home and accepting that I’m going to have to put some pressure on the right foot or paying thousands of dollars to stay in rehab. This sucks so much. If you’d like to help out, as always my Paypal address is stcynic@gmail.com.

Thank you everyone for listening to me rant. And thank you for building a community around this blog that really is a source of support and encouragement for me. I just hope I can regain some health so I can really focus on the things I want to do, primarily the public service projects I want so badly to get off the ground. I really want to be able to do some good and change some lives in whatever time I have left.

July 8, 2019 Amash Pondering 2020 Challenge to Trump
Recent Comments
0 | Leave a Comment
"How many Eric Trumps does it take to screw in a light bulb? Eric: What's ..."
SeeingClearly Eric Trump Says They Went ‘Out ..."
"Back in my Christian days many so called fellow believers would be so excited to ..."
Jeffrey Sodini Sekulow Goes on Indignant Rant After ..."
"Devin Nunes--what a piece of trash. Good for Lieu. The only way to deal with ..."
SeeingClearly Lieu Tells Nunes to Shove His ..."
"Republican idiots all. Nothing to see here about Sekulow...because he's another empty suit."
SeeingClearly Sekulow Goes on Indignant Rant After ..."
Browse Our Archives
Follow Us!