Trump is circulating a petition to protect the electoral college, something many people, including Rep. Alexandria Ocasio-Cortez (and me) want to change. They sent out an email calling her “crazy” for it and the petition calls her a socialist. It isn’t clear how they propose to protect it: 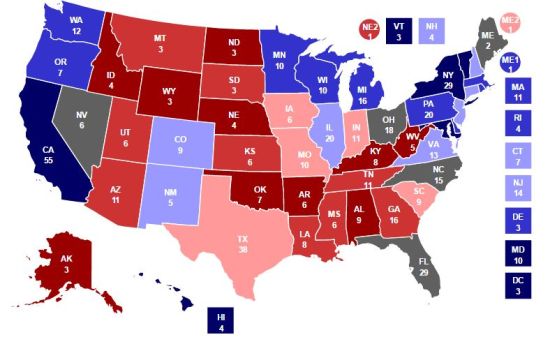 Remind her that this country belongs to AMERICANS from EVERY zip code, not just the Coastal Elites and Liberal Mega Donors.

Yes, and changing it would require approval by 2/3 of both houses of Congress and 2/3 of all state legislatures or a similar ratifying convention in those states. The constitutional amendment process is as democratic as it gets and would require the approval of far more than just “cultural elites.” And as usual, there’s a Trump tweet for everything that displays his hypocrisy. He tweeted after Obama won in 2012:

The electoral college is a disaster for a democracy.

It’s not clear why he thinks that was relevant to the 2012 election, which Obama won handily in both the popular vote (51.1% vs 47.2%) and the electoral college (332-206). But trying to figure out why Trump says many of the things he says is a fool’s errand.

August 29, 2019
Trump Thinks Fox News Should Work for Him
Next Post