Donald Trump is a big fan of the death penalty and Attorney General William Barr was restarting the practice for those convicted in federal courts, but a federal judge just issued a ruling ordering a stop to all planned and scheduled executions, which were set to start again in December. 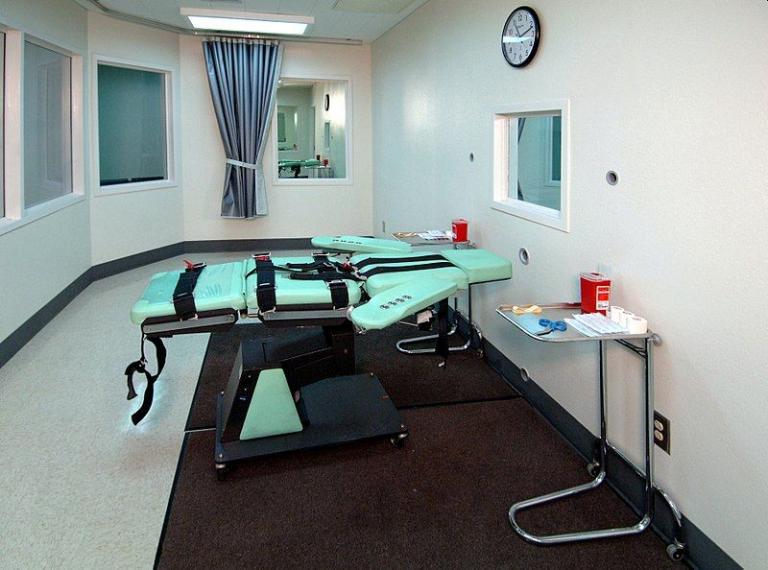 A federal judge on Wednesday halted the executions of four federal prisoners that were scheduled to begin next month, essentially stymieing the Trump administration’s plan to resume the use of the death penalty.

Judge Tanya S. Chutkan of the United States District Court for the District of Columbia issued an injunction late Wednesday that said that the executions would prevent the inmates from pursuing legal challenges to the use of lethal injection…

The attorney general issued a protocol to use a single drug, pentobarbital, rather than a three-drug procedure that had been used in federal executions. The particular drug cocktail had fallen out of favor because botched executions prompted a slew of lawsuits as well as discussion within the Justice Department to eliminate the federal death penalty altogether…

Four of the men who were scheduled for execution this winter joined a federal lawsuit in Washington that challenged the use of the three-drug cocktail. They asked Judge Chutkan to block their executions until their legal claims could be heard, a request that she granted.

Last month, the United States Court of Appeals for the Ninth Circuit blocked the execution of the fifth man, who was scheduled to die in December.

This is not a final resolution, just a temporary injunction until the full cases can be heard. Once the permanent is issued, it will certainly be appealed by whichever side loses, so were probably years away from the matter being settled by the courts.

November 22, 2019
Shoebats: Steven Miller is a White Supremacist Because He's Jewish
Next Post