Trump has a brand new lie he’s repeating like a mantra, along with a red herring argument attached to it. He has repeatedly made the argument that the House never asked John Bolton to testify before the impeachment inquiry and therefore he shouldn’t have to testify before the Senate impeachment trial. This is a false claim and an illogical argument. He repeated it Monday morning:

The Democrat controlled House never even asked John Bolton to testify. It is up to them, not up to the Senate! 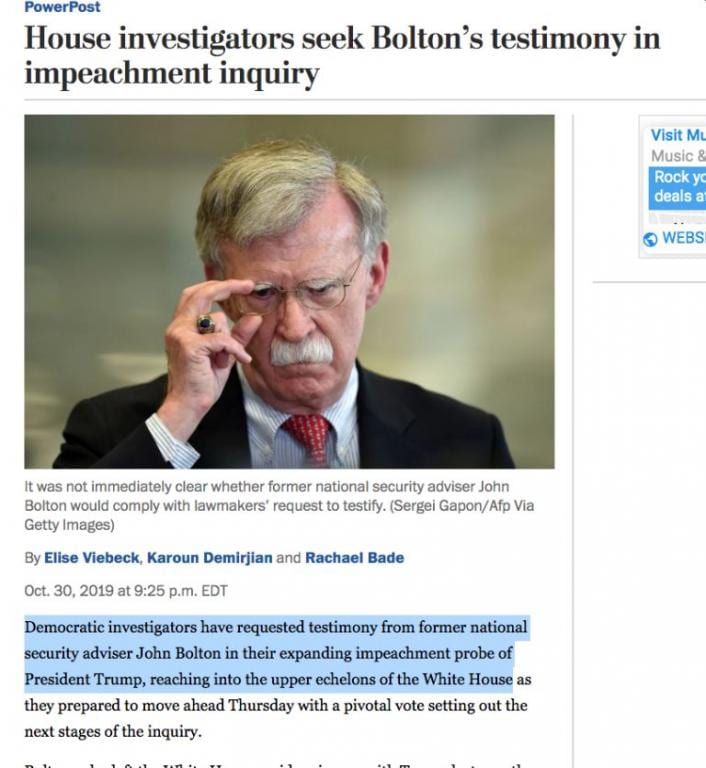 But even if his claim was true, it’s a non sequitur. Whether the House sought his testimony or not is irrelevant to the question of whether the Senate should here his testimony. There is no rule that says the Senate can’t hear new testimony or receive new evidence for the charges brought by the House. Indeed, if the trial is an honest search for the truth, they must allow for the introduction of all relevant testimony and evidence. Anything else is a sham explicitly designed not to find the truth.

January 28, 2020
Roberts Can Call Witnesses without Senate Approval
Next Post

Nonreligious
Paula White: God Took Me to the Throne...
Dispatches From the Culture Wars