Candida Moss on Evidence that Gospel of John is a Forgery

Candida Moss on Evidence that Gospel of John is a Forgery March 10, 2020 Ed Brayton

Biblical scholar Candida Moss highlights a recent paper that presents evidence that the gospel of John is a forgery and that there was no Johanine community of Christians out of which it developed. John has always been an awkward fit with the other gospels, thus the division between the synoptic gospels (Matthew, Mark and Luke) and John. 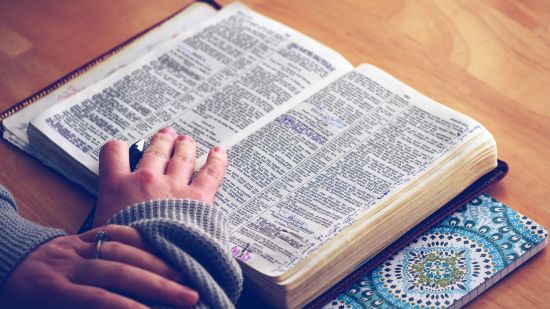 Since the 1960s many scholars have argued that ‘John’ (it might have been a different disciple because the text doesn’t give a name) founded his own community and wrote the Gospel. Academics, who have recognized that the Johannine letters are thematically similar but stylistically distinct from the Gospel, don’t think that they were written by the author of the fourth Gospel but that they were nevertheless the product of the same “Johannine Community.” The picture painted here is one in which a community of followers of Jesus, led and founded by someone who knew Jesus personally, produced all of these texts. There are numerous academic books and articles out there that try to chart the history of this community, its literary output, its social structure, location, and origins.

A provocative and well-argued article published this week in the Journal for the Study of the New Testament threatens to turn this argument on its head. Hugo Mendez, an assistant professor of religious studies at UNC-Chapel Hill, argues that the so-called “Johannine community” never existed and that the Johannine literature are forgeries that claim to be written by a disciple even though they were not.

Mendez told The Daily Beast, “I find it telling that we’ve never found a trace of anything like a ‘Johannine Christianity’—no mentions in other ancient writings and no archeological traces. I think there’s a reason for that; I think the community never existed.”

Instead, Mendez told me, “the Gospel of John, and the letters of 1 2, and 3 John are a chain of ancient literary forgeries.” Forgeries like this were, as Bart Ehrman showed in his Forgery and Counterforgery, very common among early Christians. Two second-century early Christian texts—the Gospel of Thomas and Gospel of Peter—claim to have been written by disciples of Jesus but were actually written by others.

All of the gospels are examples of pseudepigraphy, writings attributed to an earlier, authoritative figure. Pseudepigraphy was very common in the Ancient Near East at the time and no serious scholar believes that the gospels were actually written by Matthew, Mark, Luke and John. Rather, they were written by 2nd and 3rd generation Christians within the communities founded by those men and attributed to them to make them more authoritative. This was all established a long time ago and is the consensus among serious Biblical scholars.

But this goes further, arguing that John did not create a community of followers at all and there was no community out of which the gospels and the three letters attributed to him grew. And the fact that is no mention of such a community anywhere in other writings at the time is strongly suggestive that he’s right.

March 11, 2020 Trump Again Announces Plan that Doesn't Exist
Recent Comments
0 | Leave a Comment
Browse Our Archives
get the latest from
Nonreligious
Sign up for our newsletter
POPULAR AT PATHEOS Nonreligious
1