Jim Bakker and Alex Jones have both been ordered to stop promoting and selling fake cures for the coronavirus and now another Trump supporter, Wayne Allyn Root, has been sent a cease and desist order by the New York Attorney General’s office. His scam was pushing alkaline silver. 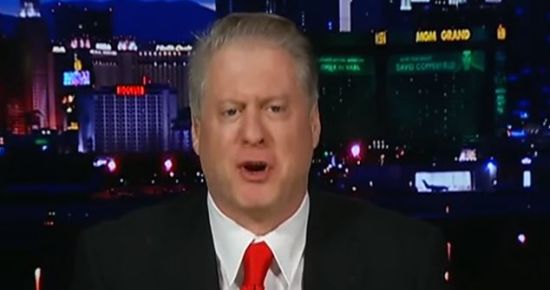 The New York State Office of the Attorney General has told Newsmax TV host Wayne Allyn Root “to immediately cease and desist from making misleading claims” after the right-wing host touted alkaline silver as an important product for people who are concerned about coronavirus.

Root is the host of The Wayne Allyn Root Show on Newsmax TV, a cable news network that “reaches over 70 million cable/satellite homes and subscribers.” The network has positioned itself as an aggressively pro-Trump voice and recently began airing a program featuring former White House press secretary Sean Spicer and former Republican National Committee deputy communications director Lyndsay Keith. Its CEO is Christopher Ruddy, a Trump friend and adviser.

As Media Matters first reported, Root used his March 11 program to downplay concerns about the coronavirus. He then addressed people who were concerned about the virus by directing them to watch an ad touting a suspect silver product. Root stated: “‘My Doctor Suggests’ message is next. You fear coronavirus, here’s a very important message now.” Newsmax then aired an ad for MyDoctorSuggests.com featuring Gordon Pedersen, who claims to have an “all-natural solution” that “destroys” things like “viruses.” (The advertisement also touted a promo code specific to Root.)

It was probably developed by “scientists” at Trump “University.”

March 23, 2020 Klayman Files $20 Trillion Lawsuit Against China for Creating Coronavirus
Recent Comments
0 | Leave a Comment
Browse Our Archives
get the latest from
Nonreligious
Sign up for our newsletter
POPULAR AT PATHEOS Nonreligious
1