Angela Stanton-King, a Republican candidate for Congress, says God sent her to advocate for Q Anon. She initially denied supporting the Q Anon conspiracy, but on Tuesday she pulled off the mask and admitted to it, referring to the “is a major cover up for PEDOPHILIA and HUMAN TRAFFICKING.” And apparently God backs the whole thing. 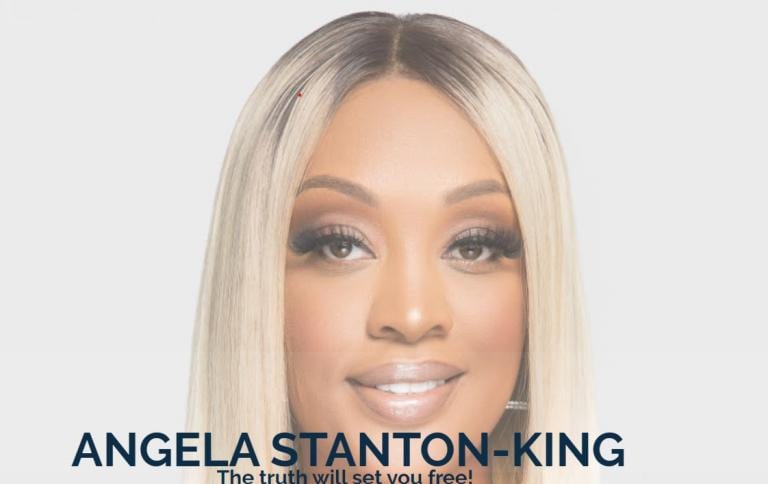 “God sent me,” Angela Stanton-King, the Republican candidate in Georgia’s 5th Congressional District, claimed in a tweet Wednesday night​. Stanton–King is among the congressional candidates identified by Media Matters and news outlets as having promoted QAnon-related conspiracy theories.

​A​t the beginning of July, Stanton–King denied ​being a Q​Anon believer, ​telling the Associated Press that linking to a QAnon video was about “questioning the movement” and that using QAnon hashtags was an effort to extend her social media reach. But since then, she has published ​a number of tweets that appear to support QAnon. On July 11​, she tweeted, “How many of you think this is still about Trump being a racist and not the Globbal elite pedophiles trafficking children…THE GLOVES ARE OFF!!!” ​On Thursday morning​, she tweeted what she described as a “truth bomb”: “This isn’t about COVID 19 or BLACK LIVES MATTER. This is a major cover up for PEDOPHILIA and HUMAN TRAFFICKING.”…

Of course they did.

July 19, 2020 Trump Prevents CDC from Testifying on Schools Reopening
Recent Comments
0 | Leave a Comment
"JALY5vN.org"
aditi New Fox Anchor a Q Anon ..."
"Your argument is "Things exist, therefore God," and you just simply believe that there has ..."
Alex Zer0 And Yet Another Stupid Atheist Meme
"Oh hell. Just now got back here. Requiescat in pace, Ed, or just feed the ..."
(((Hornèd Pontilibratificus))) Saying Goodbye for the Last Time
"So many religious comments from muslims and the atheist religion..."
Drakenfly Carson: Islam Not a Religion, but ..."
Browse Our Archives
get the latest from
Nonreligious
Sign up for our newsletter
POPULAR AT PATHEOS Nonreligious
1