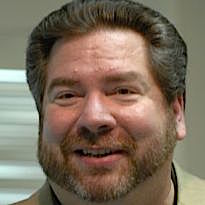 After spending several years touring the country as a stand up comedian, Ed Brayton tired of explaining his jokes to small groups of dazed illiterates and turned to writing as the most common outlet for the voices in his head.

He has appeared on the Rachel Maddow Show and the Thom Hartmann Show, and is almost certain that he is the only person ever to make fun of Chuck Norris on C-SPAN.

Nonreligious
What if Trump Refuses to Leave Office If...
Dispatches From the Culture Wars
Copyright 2008-2021, Patheos. All rights reserved.
error: Content is protected !!