To revisit quickly this post (see here), I wanted to follow-up with one of the comments.  One reader (Jean), noted:

“I look forward to hearing your take on how FG theology creates that subculture.”

One would have to write a book or a series of posts to really address the assertion that theology creates culture, or subcultures, but I can give some glimpses or examples of what I’m talking about.  One example is this essay in a recent issue of, of all places, Forbes magazine (see here). [Update: It appears this link is no longer available–please use this link: https://www.politicalorphans.com/the-article-removed-from-forbes-why-white-evangelicalism-is-so-cruel/]

And this piece really hit home for me because I was raised Southern Baptist (although I’m not from the South).  I graduated from a Southern Baptist seminary and was ordained within that tradition/denomination.  It was difficult to read this essay, even though, on some level, I knew much of this.  The truth hurts.

Putting that aside, I hope from this small example one can see the link between evangelical and fundamentalist theology and culture, as it was applied here in the United States anyway—as to the area of race.  Remember however, that the Calvinist Dutch strain also played out similarly in places like South Africa.  In fact, the colonial powers’ treatment of brown and black people from the 16th and 17th Centuries clear up to the 1960s and 70s tells much the same story.  Unbelievably, even in 2018, we still wrestle with these issues—the issues of theology and culture, or religion and its effect upon culture including race relations.

The writer makes this key point:

“Religion is inseparable from culture, and culture is inseparable from history. Modern, white evangelicalism emerged from the interplay between race and religion in the slave states. What today we call “evangelical Christianity,” is the product of centuries of conditioning, in which religious practices were adapted to nurture a slave economy. The calloused insensitivity of modern white evangelicals was shaped by the economic and cultural priorities that forged their theology over centuries.”

Now, I disagree with the writer to some extent. His claim is the theology was changed by, or adapted to, the culture.  I still think theology, or our metaphysical, philosophical beliefs are what create culture.  These make up the narratives we inhabit, which is then reflected culturally.  And I’m not speaking of personal narratives; I am speaking of the dominant narrative or that which an entire nation, culture, civilization, or people group inhabit.  And from there, we, of course, have sub-cultures within the larger culture.

However, there is no doubt an interplay here.  Culture certainly also affects theology and can indeed warp, shape, bend, and lead it in certain directions.  History is also at play here.  Further, circumstance, providence, and many other factors are in play as well.  I don’t want to paint a simplistic picture.  It is complicated and there are few direct lines of causation.  However, I still think these meta-narratives are philosophically/theologically based (even if recognized as fictions—a nod to the postmodern) and are primary in a way all those other factors are not.  We might say that culture is just religion (or philosophical/theological beliefs) writ large.

One theologian has compared American shopping malls to cathedrals, where we gather to worship at the feet of the material, the culmination of our desires.  Thus, culture reveals what it is we really believe even beyond our stated, formal, articulated beliefs.  We might say we worship God, but perhaps our actions, embodied in culture, in our economic activity, reveals we actually worship things, or, whatever.  The person who thinks himself the least religious person they know or even an atheist may, in fact, be extremely religious (perhaps this person spends Sundays in the mall, religiously) in the sense of a pattern of attending a place of worship (the mall) regularly, paying tribute (an offering), and performing a liturgy of desire.  This is a place where their needs, supposedly, are met.  It could be the golf course, music practice, bar, library, whatever, it is what we regularly and liturgically participate in…religiously.

Conversely, the very same could be said of the nominal Christian, wherein they are actually closer to the person described above than they are to other Christians and the Christian or Holy Tradition.  The point is that what we see embodied in culture, economic activity, policy, traditions, and law reveal what it is we really believe, philosophically/theologically, regardless of what we may claim we believe (formally), whether atheist or Christian.  However, whatever those beliefs are, they are philosophical/theological.  If we want to know what a culture believes, truly believes, not just voices, then we might say: look around. The evidence is all around you.

For instance, as to race, I think this book (see here) probably gives a much better explanation than the writer of the Forbes essay does for how we should see the interplay between theology and culture in the context of, for instance, race relations.  Still, the writer of the Forbes essay at least recognizes the connection between theology/religion and culture.  We cannot understand either, in a comprehensive way, until we see those connections.

Here is another example of the relation between theology and culture.  In the FG world, along with other rather novel End Times beliefs, there has been a wide-spread belief in a Rapture (see here) for decades.  This is the belief that before the Second Coming of Christ, believers, those who are born-again, will be taken up to meet the Lord—they will literally and physically be removed from this earth.  Then the earth and all those “left behind” will experience seven years of tribulation—a hell upon the earth.  Billions will die, and the physical earth will be practically destroyed.  Further, the earth will eventually be completely destroyed by fire and a new earth will take its place.

As we can see from this essay (see here), there is a link between some eschatological views, and the way we view and treat the environment (creation) now.  As well, although only anecdotal, I have actually heard Christians, over the years, say things to the effect they think environmental regulations to be nonsense spouted by “tree-huggers” who worship the earth, instead of God.  I have heard statements where the gist was noting the futility of “saving” the planet from pollution, climate change, or a depletion of natural resources, because, “This earth is going to be burned up anyway…”  And to a person, they held these types of eschatological views.  In my mind, that is a fairly clear link between theology and culture.

I go back then to my original point: I think many evangelicals are kidding themselves to think the problems associated with their tradition are a problem only of culture and not also of theology.  And the “how” question of the relation is simply, I think, the power of metanarratives (which are fundamentally philosophical/theological frameworks) to shape and give rise to culture, law, policy, and generational attitudes. 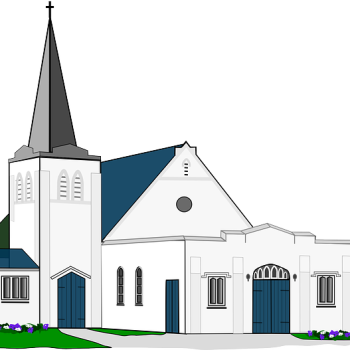 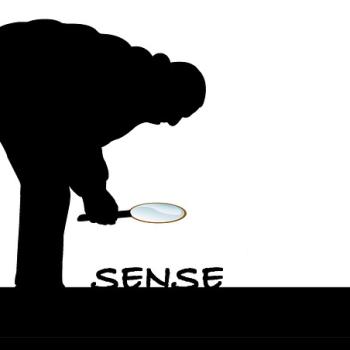 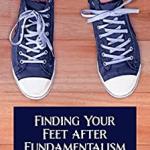 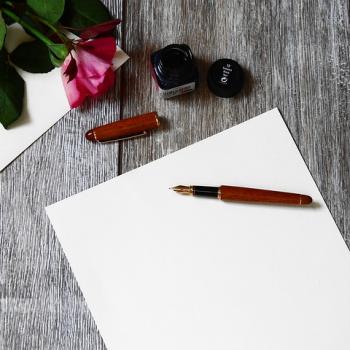