I think I’ve mentioned this book before, but I finally got around to finishing it. Run, do not walk, to your nearest bookstore (wait, they don’t exist anymore)—I mean to your laptop/tablet—and buy this book.

Is it a perfect book? No, of course not. I’ve come across two consistent criticisms as I’ve read other reviews. One, is that the book too often sweeps with a broad broom and the other is citations and sourcing. I don’t agree with either. My own view is that given the purpose of her book, the topic, and the audience, it mostly hits the mark. Any criticisms I do have, and I have some, would be quibbling really and only offer an unnecessary diversion.

Reading this book was like a walk down memory lane. If one has ever visited their hometown, maybe their old high school and similar places, they know that nostalgic feeling. And depending upon one’s experience in those places, the memories can be good or bad. For most of us, it’s probably a mixture of both. That was sort of how I felt as I would turn each page.

I grew up in the world described in this book. Its story is mostly my story. The book is a survey of modern American evangelicalism. My experience of that world was from the mid-1970s up to around the early 2000s, and the book really covers that time span very well. I eventually left that world and no longer identify as an evangelical/Southern Baptist. And I left that world for many of the reasons noted in this book. In fact, if someone were to ask me why I finally and formally said goodbye to evangelicalism, I might as well reply: “Read Jesus and John Wayne.”

The book is a primer for the thesis that white evangelicalism in America has powerful cultural and historical streams of a militant /masculine/patriarchy running through it, including tributaries of racism and white nationalism. This has resulted in a powerful toxic river that has polluted our national discourse, especially in the area of the political.

And, given my experience in that world and my own research and reading, I have to agree with the writer. The author is Kristin Kobes Du Mez. She is a professor of history at Calvin University and took her Ph.D. from Notre Dame. Calvin is hardly a liberal or left-wing fringe university. On the entire Protestant spectrum, it would be considered fairly conservative theologically, so one should not think this view is coming from way outside the evangelical camp.

Du Mez surveys approximately a seventy-five-year history of American evangelicalism, especially in how they decided to enter the cultural and political discussion on a national level. She touches upon and delves into some of the most recognized names in evangelicalism, from Billy Graham to James Dobson and Jerry Falwell, all the way up to Mark Driscoll.

And, I think she gets it mostly right. Evangelicals believe their ideas/thoughts/beliefs in these areas (culture/political) are biblical. However, it’s too easy to see how they are really more drawn from that conservative strain in American history, which is predominantly white, male, religious (only surface/in general), and beholden to a myth of American “greatness.” This imagined “greatness” culminated and reached its zenith (in their minds) in the 1950s. I somehow doubt that people of color, other minorities, and women feel the same way (Gee, I wonder why?).

The current amalgam of right-wing political ideology, white nationalism, gun-rights, militant, patriarchal, conspiracy laden, anti-science, prone-to-violent make up of much of white male evangelicalism, is really more a new religion, rather than anything related to Christianity other than a cursory and surface sharing of language. It is something that veers very closely to the “Christianity” associated with the fascists’ movements of the 1930s in Europe. If we ever wondered if something like that could ever happen here, we can wonder no longer. It can. It is. And it’s sad.

It is the disappointment of my lifetime.

So much of what evangelicals consider as biblical truth, for instance, the idea of masculinity put forward by John Eldredge’s Wild at Heart, comes under a much-needed critique and is revealed as more cultural than biblical. Although evangelicals assume such understandings of masculinity are “biblical,” they are, rather, a toxic brew of cultural conservative/traditional views/attitudes more caught than taught. This brew is masculine, libertarian, nationalistic, and militant/violent. How this was allowed to sail under the flag of the Prince of Peace, the one who turned the other cheek, is one of the greatest con-jobs in recorded history.

The “evangelism” part is they believe everyone should be told and persuaded to adopt this same view of the world (under the aegis of being “born again”). When wedded to the masculine and militant part however, the “persuasion” aspect can take on quite an aggressive tone. If one has ever had to endure a church service with a male, fundamentalist preacher, angrily shouting at stranger and congregation alike, they know what I mean.

And, of course, there is John Wayne. We might think of Wayne as the patron saint of the American religion. This is a religion that conquers and subdues those who do not mirror its image or get with the program (i.e., native Americans/African Americans/women, etc.). What we cannot make into an American like Wayne, we will either subdue or banish. What made this acceptable, to the point it was mostly background noise to the history of our lives, was its supposed “Christian” or “Godly” veneer.

Du Mez narrates a story that leads to something we should have seen coming but didn’t. It’s somewhat counterintuitive and goes to show how we’ve interpreted white evangelicalism as something headed in one direction, when all along it was headed somewhere else; but, the signs, the warnings, they were all there right in front of us all along.

Here is the key mystery of the 2016 presidential election: How did a majority of white evangelicals decide to vote for a man who was the complete opposite of everything they had ever said was important in a person running for the highest office in the land? And the answer cannot be as simplistic as, “Well, look at his opponent; they held their nose-it wasn’t a vote for him but a vote against this opponent.” Such is hard to believe because they clearly had other choices. Out of principle, integrity, and to not be seen as complete hypocrites, they could have abstained or voted for a third party. No, there was something else going on and Du Mez, I believe, nails it.

“But evangelical support of Trump was no aberration, nor was it merely a pragmatic choice. It was, rather, the culmination of evangelicals’ embrace of militant masculinity, an ideology that enshrines patriarchal authority and condones the callous display of power, at home and abroad. By the time Trump arrived proclaiming himself their savior, conservative white evangelicals had already traded a faith that privileges humility and elevates the ‘least of these’ for one that derides gentleness as the province of wusses. Rather than turning the other cheek, they’d resolved to defend their faith and their nation, secure in the knowledge that the ends justified the means. Having replaced the Jesus of the Gospels with a vengeful warrior Christ, it’s no wonder many came to think of Trump in the same way. In 2016, many observers were stunned at evangelicals’ apparent betrayal of their own values. In reality, evangelicals did not cast their vote despite their beliefs, but because of them.” (emphasis added) (Pg. 3)

Boom. Let that sit for a while. Agree or disagree, the very prospect that such might be true should cause any serious Christian (especially if they still claim to be an evangelical) to reflect and ponder such soberly and honestly.

Based upon my experience and my own conversations with the evangelicals I still know, I think Du Mez is correct in her conclusion. I would also say she is correct based upon the numerous postings on social media I’ve seen over the years (and still see) by evangelicals I know personally or are aware of through a shared circle of friends.

Read the book. I’m convinced we cannot completely understand the rise of Trump or our current cultural and political divide, without taking stock of what it lays out before us. Read and then pray. Pray we might act to the end this heretical, American, fundamentalist, (militant/masculine/patriarchal/authoritarian/white nationalistic/racist) version of the Christian faith (a new religion/cult really) dissipates and fades away like a bad dream. 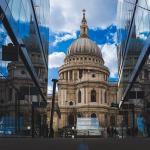 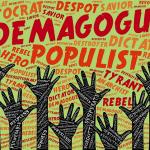 August 8, 2021 Evangelicals and The Authoritarian Temptation
Recent Comments
0 | Leave a Comment
"People like me are more informed than people like you about everything Covid. We don't ..."
Bob Shiloh The Freedom to Harm is Not ..."
"People like them care more about winning an argument than they care about Christianity or ..."
Claire Cavy The Freedom to Harm is Not ..."
"It doesn't relate to democracy at all and it doesn't relate to participation in the ..."
Darrell The Political as Religion
"How does it not relate to Democracy? You want to know why there is an ..."
Iconodule The Political as Religion
Browse Our Archives
get the latest updates from
Divergence
and the Patheos
Progressive Christian
Channel
POPULAR AT PATHEOS Progressive Christian
1 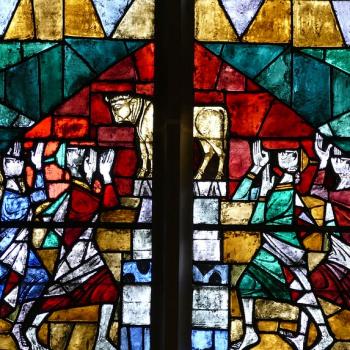 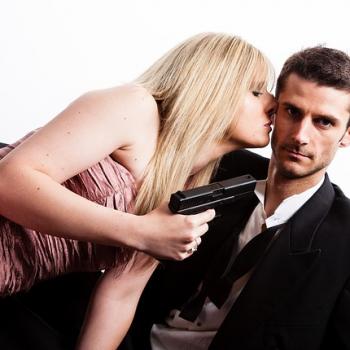 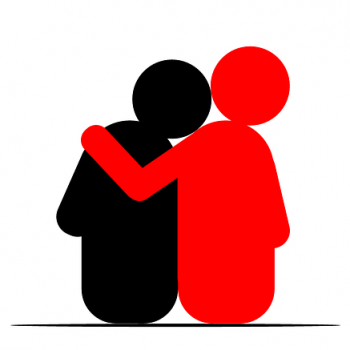