Dogma Debate is a fun, live talk radio show on iHeartradio that topped 4.5 million podcast downloads. The topics range from politics and religion to science and comedy, but it’s a favorite among people of all ages and backgrounds. The show is known as a platform for liberal and conservative believers to defend their faith and political views with respectful challenges by those who disagree. It may upset you, it will make you laugh, but most importantly, it will make you think.

Want to be a guest on the show? Email booking@dogmadebate.com

David has combined his love for entertainment and media with his passion for truth and equality, by founding and operating Secular Media Group, LLC, which is a fast-growing company built to educate the public. With 13 years as a media producer, 16 years as a live performer, 5 and a half years of formal education in psychology, sociology, and world religions, and his interesting past as an Evangelical Christian, he’s an excellent communicator with a unique take on biblical and political topics. He’s appeared on CNN, FOX, NewsMaxTV, and multiple radio stations, as well as the documentary My Week in Atheism, clearing up myths about atheism, encouraging humansim, and extending peaceful and respectful socratic arguments against theistic claims. David is a national speaker on secularism and activism, and the author of Baptized Atheist, as well as an upcoming title that will be announced soon. He is the former Editor-in-Chief of Secular World Magazine & American Atheist Magazineand is the Chief Executive Officer of Secular Media Group, which is the parent company for Dogma Debate Radio, Secular News Network, Secular Media Network, and formerly, AtheistAudiobooks.com which he sold to Pitchstone Publishing, LLC to focus full time on broadcasting and activism. He is most known for his respectful approach to believers, but he’s most proud of his work in humanism, acting as a Humanist Celebrant to perform weddings, and leading his team of activists to raise over $60,000 in charity in 2014, and over $130,000 in 2015.

Alix is a secular activist in the Dallas – Ft. Worth area commonly involved in issues and topics regarding the role of diversity in the atheist community as well as atheism in diverse communities. He’s the former chair of the Dallas – Fort Worth Coalition of Reason’s Diversity Council and is a founding member for the Fellowship of Freethought, a family-based organization founded on the values of secular humanism and charitable principles. Alix has been featured in Ebony magazine, “One Man’s Journey into Atheism,” Godless – the documentary, and is a regular contributor to Secular News Network and Patheos.

Donovan is the Content Producer, managing the Sunday Questions on Facebook, getting listener feedback, and helping with topics and research.

Brandy is the only on-air personality who wasn’t raised in a church-going, religious household. So for her, a lot of these things are new issues that she’s never had to deal with. She’s extremely compassionate, with a desire to help others and stop religions from hurting the innocent.

Lydia Allan has a passion for studying the human mind, obtaining her bachelor’s degree in Psychology from Texas A&M and her master’s degree in Neurobiology from Columbia University. During the pursuit of these degrees, she left the Christian faith, and the resulting loss of this world view system led her to pursue a second bachelor’s degree in Philosophy from University of Texas at Austin and a second master’s degree in History of Ideas from University of Texas at Dallas. Her current scholarly interests lie in philosophy of mind, philosophy of science, with specific interests in models of cognition and science policy formation in the midst of the “culture wars,” in which good science is affected by bad religion.

Cara Santa Maria has dedicated her life to improving science literacy by communicating scientific principles across media platforms. A North Texas native, she currently lives in Los Angeles. Prior to moving to the west coast, Cara taught biology and psychology courses to university undergraduates and high school students in Texas and New York. Her published research has spanned various topics, including clinical psychological assessment, the neuropsychology of blindness, neuronal cell culture techniques, and computational neurophysiology. 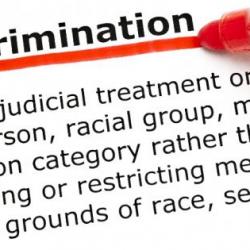