This Diwali Light a Lamp for Humanity’s Future

Diwali celebrations in India start with Dhanteras, followed by Naraka Chaturdasi and then Deepavali on the third day. Diwali is followed by Diwali Padva and then Bhai dooj which celebrates the love between sister and brother.

Diwali is celebrated for two main events.  Narakasura was killed by Krishna and Ram came home to Ayodhya after the exile of 14 years.  Diwali has its importance in all the Indian religions.  While Jains celebrate the enlightenment of Mahavir (the 24th Tirthankar), Sikhs celebrate the release of the 6th Guru, Sri Guru Hargobind, and 52 other princes as well from Gwalior prison where he was jailed by the Mughal emperor Jahangir.

Diwali is on Kartik Amavasya.  The lunar new years starts as the Sun enters Scorpio and the month moves from Krishna Paksha (dark fortnight) to Shukla Paksha (bright fortnight).

Although many religious commentators and lay men call Diwali to be a symbol of victory of Good over Evil, in spiritual terms the movement always needs to happen from ignorance to knowing.  It is not a knowing of knowledge of the mind, but the knowing of the existential Truth.  It is a realization rather.  In that realization – or enlightenment – a being lights up.  Darkness is expelled and Light emerges.  For those on Spiritual path, that is what Diwali represents.  Journey to light.  Just as the planet takes that step from darkness to light, so do many energies around us.  If we are able to work on ourselves, that possibility is available to us as well.

This Diwali, when the world is going through tremendous turmoil.  Terrorism, blasts, crashes and huge human migration causing strife and pain – we as a humanity need to move from our baser level of living to a higher level.  We have already caused enough damage to our climate and planet that we may have caused irreversible damage to it.

In such times, Diwali is a reminder to connect with the inner existential nature that is common to everyone and everything.  Unless we do that, we are merely reacting and over-reacting to everything around us.  In Spiritual traditions, it is said that the main strength of the human body is that it brings discretion along with it.  Without which, we work through our tendencies (or Vikar).  The problem with today’s world is that even with the body, most of the populace works sans any discretion.  Its the tendencies that are at the forefront.  In fact, primacy of tendencies is celebrated as uniqueness or individuality.  That further takes us away from the liberation of our being from the many limitations of body and mind.  By connecting with the inner self, we will not only learn to work with discretion but also able to look beyond the immediate, the gross and the material.  Maybe that, at least, can save our planet.

So this time when you light a lamp (diya), may that be the light that will help us out of ignorance to realization of a better future for humanity!  Let us remember the profound premise of the Sages who said the following in Brhadaranyaka Upanishad.

*Truth in Hindu scriptures has no relation to “factual statement” but Truth is that which is Eternal and cannot be changed.  That, which can be changed or which isn’t the whole, is the Untruth.  In a way it is the movement from temporal to the Eternal

October 31, 2015
Karwa Chauth: Why this celebration of love is so powerful
Next Post 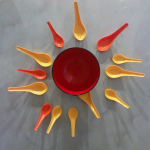 Hindu
Yin and Yang: the basis of life
Drishtikone
TRENDING AT PATHEOS Hindu