Evo-Psych: The Woo That Dare Not Speak Its Name

Evo-Psych: The Woo That Dare Not Speak Its Name January 18, 2018 Shem the Penman

I’ve selected this topic because of its fitness for discussion. See what I did there? 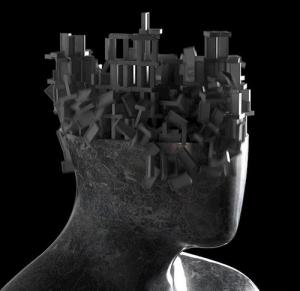 According to Psychology Today, (if you’re reading it, it must be today) evolutionary psychology is defined as follows:

Our bodies evolved over eons, slowly calibrating to the African savanna on which 98 percent of our ancestors lived and died. So, too, did our brains. Evolutionary psychology postulates that the mind is shaped by pressure to survive and reproduce. We jealously guard romantic partners and cherish our closest relatives above all others, lest we fail to pass on our genes. We easily acquire language, which is critical for cooperation and hence survival. Evolutionary psychology acknowledges these forces but stresses the ultimate (and largely unconscious) gene’s eye view of behavior.

Putting the Cart in Front of the Eohippus

Shem’s Law states that a simple answer for complicated phenomena is the hallmark of pseudoscience. What evolutionary psychology states is that since selective pressures are adequate explanations of human anatomy, they’ll do just fine for any matter pertaining to human endeavor. Anyone who takes issue with such facile reasoning must be an evolution denier or a crackpot, right?

Not so fast. Sure, humans evolved just as all life on Earth did. However, just because selective pressures can explain, for example, the bones of the inner ear, that doesn’t mean Darwinism is an answer for everything pertaining to human society, behavior, and consciousness. Proponents of evo-psych are applying Darwinian reasoning where it doesn’t belong. The Psychology Today website is chock full of articles explaining various cultural phenomena such as the gender wage gap in terms of differential reproductive success.

Evolution Is Smarter Than You Are, But That’s Not Saying Much

The problem isn’t just that such reasoning is sexist and specious, it also trivializes social inequities by making them seem like the ineluctable results of our evolutionary history. Why, you might as well complain about the “unfairness” of the fact that women give birth to 100% of our children, the reasoning goes, because the same evolutionary forces are what led to a scenario where only 4% of CEOs of Fortune 500 companies are female . Blame it on evolution!

What evo-psych does is ignore or downplay the effect of power dynamics in our society. Our civilization and culture have taught us to speak, think, and behave in ways that reinforce existing power structures. To simply ignore that fact and seek explanations for human social behavior that are based solely on mating success is to oversimplify a very complex set of phenomena. You can’t talk about human endeavor without acknowledging that there are learned and conditioned aspects —that is, culturally constructed ones— to how humans behave.

Ad Hocs All the Way Down

If evo-psych proponents do acknowledge these aspects, it’s usually to pronounce that they’re products of evolution too. Having his cake and eating it too, the Rational Male (sort of a mismoner) defends evo-psych by quoting evo-psychics Tooby and Cosmides:

To say a behavior is learned in no way undermines the claim that the behavior was organized by evolution because the behavior was learned through the agency of evolved mechanisms. If natural selection had built a different set of learning mechanisms into an organism, that organism would learn a different set of behaviors in response to the very same environment. It is these evolved mechanisms that organize the relationship between the environmental input and behavioral output, and thereby pattern the behavior. For this reason, learning is not an alternative explanation to the claim that natural selection shaped the behavior, although many researchers assume that it is. The same goes for culture. Given that cultural ideas are absorbed via learning and inference—which is caused by evolved programs of some kind—a behavior can be, at one and the same time, ‘cultural’, ‘learned’ and ‘evolved’.

But this is plainly wrong, because it’s mistaking our evolved capacity to learn for the content of what we teach and learn. So instead of ignoring the culturally constructed component of human endeavor, the evo-psychics are handwaving it away.

I realize this is a complicated topic, but I’m interested to hear what you folks think. Can Darwinism explain all of human consciousness and behavior? Is differential reproductive success the answer for every question? 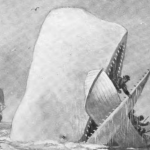 January 16, 2018
Carl Zimmer Looks at the Science of Moby-Dick
Next Post 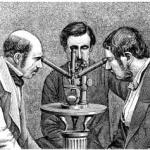 January 23, 2018 Is Science a Social Construct? YouTuber King Crocoduck Says No
Recent Comments
39 Comments | Leave a Comment
"Notoriously, Bush41 encouraged the Shiites in southern Iraq to revolt against Saddam with assurances of ..."
Neko The Atheist History Channel’s Despicable Take ..."
"I agree, I think it's interesting to listen to his videos as well as to ..."
Lia Flores Cosmic Skeptic: Science Fandom, Freeze Peach ..."
"Good to see you back Shem! This vanguard of bringing back centuries old Enlightenment are ..."
tophilacticus The Atheist History Channel’s Despicable Take ..."
"Hi Shem, good to see you back! I think for me one of the biggest ..."
ʎɔuɐlɔ ʇnlosqɐ The Atheist History Channel’s Despicable Take ..."
Browse Our Archives
get the latest from
Nonreligious
Sign up for our newsletter
POPULAR AT PATHEOS Nonreligious
1