Presentism and the Myth of Progress 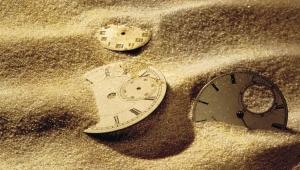 If you believe our ancient ancestors were idiots, I question your critical thinking skills.

On another Patheos blog last week, a commenter made this rather surprising claim:

There is no “wisdom of the ancients”. Primitive humans, then and now, have no significant knowledge that we lack in our advanced societies. No great secrets have been lost. All our available evidence suggests that the intellectual capacity of humans hasn’t changed much in thousands of years. But we are a cultural species, and that means that as time passes, our knowledge base grows. Ancient humans were not stupid, but they were profoundly ignorant. They had almost no accurate information about how the Universe operates. They had not yet invented complex philosophy, they had not yet invented subtle moral and ethical ideas. Their worldview depended heavily on completely fictional (and largely false) stories that they took as ancient truths.

Surprisingly, I’m the only person who seemed to take issue with such blatant chauvinism. I’ll ignore the bigoted reference to current-day “primitive humans,” but I think it’s ludicrous to denigrate ancient humans as if they were benighted half-chimps. They had a staggeringly sophisticated mindset about natural phenomena as well as the human experience of our strange and precarious universe. They originated art, language, agriculture and astronomy. The main reason we don’t lack for significant knowledge is that they invented it.

The Past as Prologue

Presentism is a very common bias in our day and age. It’s defined as the tendency to interpret the past in terms of present-day values and concerns, but in a more general sense it’s the attitude that all of history has been nothing more than a set of stepping stones to the world as we know it. It portrays humanity as going from a state of greater or lesser folly and ignorance to the understanding and enlightenment we enjoy today.

Historians caution against interpreting the past according to the values and norms of the present. We can’t assume our ancestors had the same way of conceptualizing things like myth and ritual, morality, the self, the common good, and the aims of inquiry; we also can’t simply assume that our thinking is superior simply because it’s the way we think. The American Historical Association says, “Presentism, at its worst, encourages a kind of moral complacency and self-congratulation.”

There’s a crude caricature of Darwinism, the March of Progress, that perfectly illustrates the bias of presentism: previous species evolved into humans as if we were the predetermined goal all along. Along with our biological evolution, human culture is said to have evolved (in the sense of progressed) toward the lofty status of modern Western society.

Pop science is just riddled with this bias, and disdain for the ignorance of our forebears is common. We don’t object to Christopher Hitchens taking his usual cheap shots at religion here, but we should think twice about the way he characterizes our ancestors as ignorant savages:

One must state it plainly. Religion comes from the period of human prehistory where nobody—not even the mighty Democritus who concluded that all matter was made from atoms—had the smallest idea what was going on. It comes from the bawling and fearful infancy of our species, and is a babyish attempt to meet our inescapable demand for knowledge (as well as for comfort, reassurance and other infantile needs). Today the least educated of my children knows much more about the natural order than any of the founders of religion…

I don’t want to argue about religion, so don’t go there. What I object to is the idea that nobody before the modern era had any idea what was going on. This is intellectual dishonesty on such a grand scale that it boggles the mind. Evolution buffs should know full well that our Neolithic ancestors were cognitively indistinguishable from modern humans. I’ve already discussed how easy it is for people these days to believe that medieval humans believed the Earth is flat (they didn’t) , so it should come as no surprise that the way we relate to more ancient ancestors is sodden with our biases about progress and superiority.

Though the Stars Walk Backward

Presentism also leads to the sort of pseudohistory that speculates that ancient stone circles and the Pyramids were the work of technologically advanced aliens. How could these primitive humans, the logic goes, have built such impressive architectural wonders?

Historian Giorgio de Santillana, in his comparative mythology Hamlet’s Mill, points out that myths from ancient Mexico, Egypt and India indicate a primitive knowledge of the precession of the equinoxes. The main obstacle in historians acknowledging ancient humanity’s understanding of this astronomical phenomenon, according to de Santillana, wasn’t the interpretation of textual evidence but rather preconceived notions of what ancient humans were capable of understanding. He says:

Our period may some day be called the Darwinian period, just as we talk of the Newtonian period of two centuries ago. The simple idea of evolution, which it is no longer thought necessary to examine, spreads like a tent over all those ages that lead from primitivism into civilization. Gradually, we are told, step by step, men produced the arts and crafts, this and that, until they emerged into the light of history.

To use evolutionary gradualism as a guiding principle of historicism is to ignore mountains (or pyramids) of evidence. Despite what their pop-science poobahs have told them, science fans should realize that human history hasn’t been a gradual and inexorable advancement from superstitious savagery to white Western wisdom.

Do we give our ancestors enough credit for their sophistication, or do we just give ourselves way too much? Does pop science give a biased view of human history and progress? 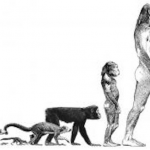 January 26, 2018
The Problems with the "March of Evolution" Meme
Next Post 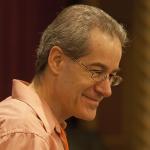 February 3, 2018 Massimo Pigliucci Shows Us How To Recognize Scientism
Recent Comments
27 Comments | Leave a Comment
Browse Our Archives
Follow Us!